Semifinal 1: Germany, Italy, New Zealand, Canada, Netherlands, USA
New Zealand are popular with the crowd and get a good cheer in the call-over. There’s big Dutch support here too. The USA are fans loudest in the FISA stand. New Zealand move off the start level with the rest of the field. No big start today. It’s the Germans who are in front, with New Zealand now starting to move through as they hit a smooth and powerful rhythm. They lead by a length at 500m. Germany and Canada look level for second and third. Italy fourth, then Netherlands and the USA. The Kiwis move out to another length and it’s increasing all the time. They row very long and have a great connection with virtually no check at the catch. Italy are just second at 1000m, chased closely by Canada. Germany are fourth and only two-thirds of a length behind Canada. The Kiwis lead by two and a half lengths at 1500m; timing is perfect. Italy are fighting hard in second and it’s the USA looking fast and coming up in lane 6. They trail Canada by just over a length but Canada are responding. Canada row short at the front end but it’s working as they push away from the USA. New Zealand win by 4 lengths, cruising. Italy are second, leading Canada by half a length. It’s another length back to the USA who couldn’t find the speed at the end. Germany faded after their early lead and finish fifth. The Netherlands sixth.

Semifinal 2: Serbia, Greece, Australia, Great Britain, France, Poland
France pull out early and get a third of a length ahead. The rest are in a line at 250m, now  half a length behind the French. Poland are slightly up and Australia finding good pace. They are only two feet ahead of the rest. It’s very close! Great Britain pull forward and join Poland and Australia in contention for second and third positions. France can’t break free and maintain half a length. Great Britain starting to close. They push before 1000m and their bow comes to the front at the half way mark. They took a length in 15 strokes and will try to bring that speed into the last 500m. Gb extend to two-thirds of a length to France. Poland, Australia, Greece are level. Serbia trailing. GB still move away and break clear as they come into the standing crowd. France are fading but hold on to second at 1500m. Australia just third. France find something and lift the rate with Australia. The Greeks are closing fast. France lift their rate again and move away from Australia. Australia are strong enough to hold off the advancing Greeks. Poland charging on the outside lane. GB win by clear water. France are second, having moved a length ahead of Australia. Poland come through to fourth. Greece fifth and Serbia sixth. 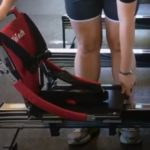 Posted on August 19, 2020November 2, 2020 by Tom Wall
Participating in recovery programs in sports could be an essential step to become successful and well known. Here… read more

Posted on August 20, 2009November 3, 2020 by Rebecca Caroe
In close collaboration with The Rowing Service and Rachel Quarrell, Rowperfect is proud to support the 2009 Mystic… read more

Posted on April 26, 2012October 28, 2020 by Rebecca Caroe
James O’Connor – Rowing for Harvard as a foreign student James comes from a very rowing-influenced family. With… read more