Huge crowds filled the three grandstands and the standing area stretching up towards the start this morning. Excitement was building from early-on as the crowds started to gather to watch the end of the morning practise session. Bursts of cheering and shouts of encouragement sprang up from around the course as supporters spotted their national crews paddling the course. The GB crews performed a few sprints in front of the FISA Friends.Family grandstand, giving a glimpse of their speed  for the home fans. Alex Gregory, bow of the GB M4-, briefly raised his outside hand in recognition of the supporters before returning it to the oar to paddle back to the boathouse. Those supporters took no time to wake up as the first race of the day was roared towards the finish by the crowds. 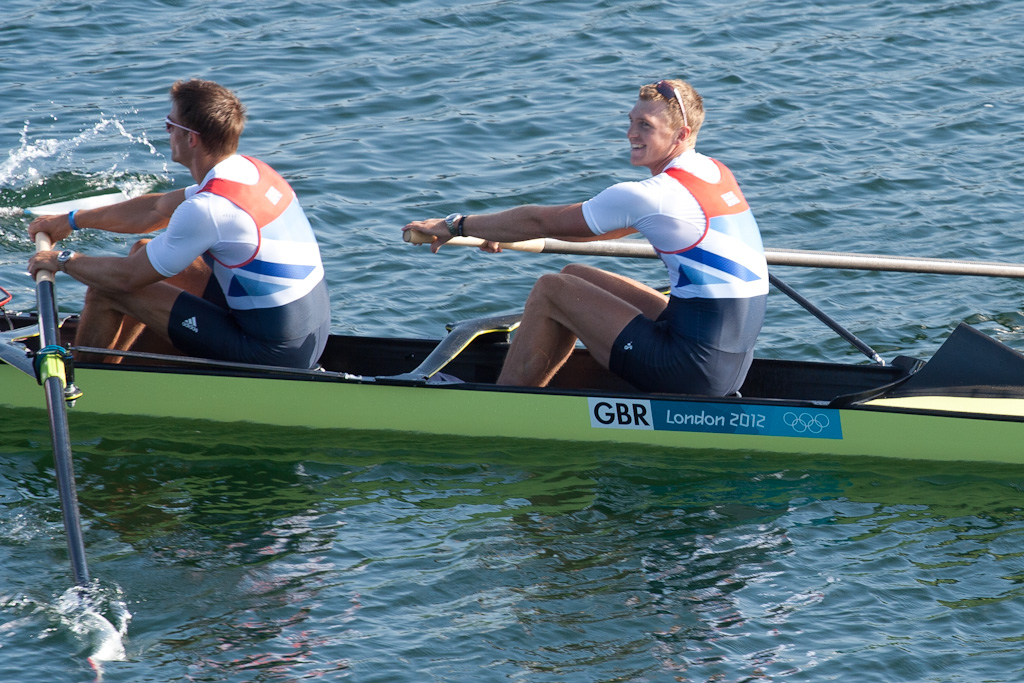 The facilities are impressive; volunteers staff enthusiastic in greeting the incoming crowds, but it’s the fans who have really transformed this into a true Olympic venue.

If you’re coming to Dorney in the next few days expect to be amazed. Every aspect of the event is world class, matching the standard of these Olympic crews.

The Future of Lightweight Rowing

Posted on October 18, 2016October 20, 2020 by Rebecca Caroe
A guest post by FatSculler. Back in March I wrote an article for Rowglobal.com reviewing the FISA Conference,… read more

9 Days to go – Richard Chambers on the way to Beijing