It’s a light tailwind today from the other side of the course compared to yesterday.

After 50m New Zealand have one length and by halfway the British girls hve taken the lead with Denmark and Canada fighting for third.  1500 meters gone and Great Britain stride away cheered loudly by the crowd and Denmark challenge New Zealand and end up second with NZ going to the repecharge.

Greece are world title holders and they lead at 500m with Australia second.  Canada is also up there with them but by Half way the greeks have half a length up on Australia.  There are great strong finishes from the Greek girls.  In the last 300m the Aussies challenge hard bu tGreece responds to maintain a length lead at the line.  These two qualify to the semi finals.

Halfway the Chinese and German crews clearly ahead of the rest.  These two were seeded by the FISA regatta organisers.  The Chinese girls are in a Filippi, other Chinese crews have rowed in Swift boats.  Stroke girl’s legs track left on the recovery – quite curious. 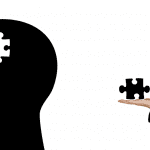 How to Identify your Optimal Mental State

Posted on November 28, 2018October 15, 2020 by Mohit Gianchandani
The few minutes from when a crew hears the gun till the end of the race often seem… read more

Posted on July 29, 2012October 28, 2020 by Rebecca Caroe
The light rain clears and after a dramatic lightning flash, the sun comes out again for the Lightweight… read more