We just came back from Velence and were impressed what we have seen in Hungary. Hundreds of boats, thousands of rowers, and we joined many conversations with rowers, suppliers and officials. What a wonderful community the Masters Rowers are. The daily interaction were my highlights of the event.

Some of them in the shuttle bus between hotel and venue.

Odilon is from Brasil and 93 years old. I met him and his buddy Illeed. Both are rowing at the Regatta Club Aldo Luz in St. Catarina, Brasil. 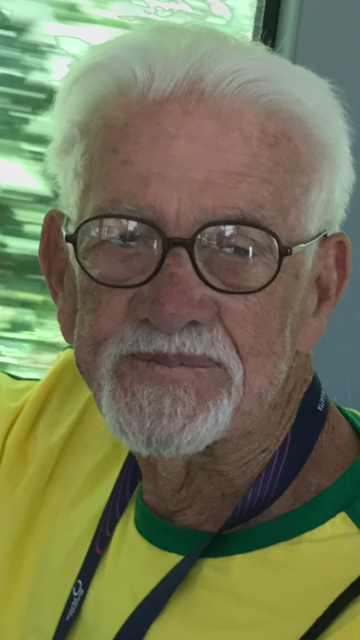 Odilon was rewarded 2018 as the oldest rower in Sarasota. Also in Velence: He got honored the day before as the best octogenarian rowers in our community. And he promised to come to Linz next year. 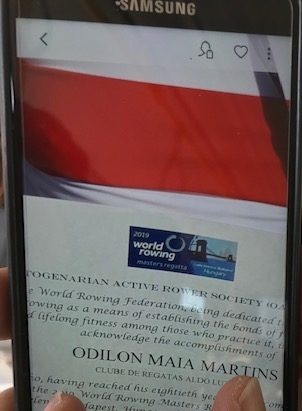 Odilon showing me his cerificate.

I guess Odilon is a rowing star in his country. Do you know that he was carrying the Olympic torch during the preparation to the Rio Olympics? Both told me that they are racing at the venue and have been pretty successful. Odilon of course has won his single sculler race.. as always. Congratulation.(Read about the ceremony) 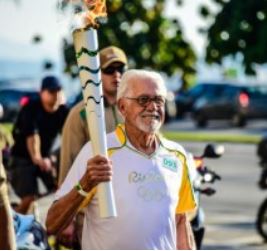 I met Rob at the Bus station. A very kind and friendly person. A typical Masters Rower. He told me that he has been in Hungary since a few days and will visit Budapest during the weekend. He had already 3 races behind him. When he realized the Rowperfect logo on my shirt he said:

I like the way you guys from Rowperfect write about us Masters Rowers …. We are a big group of rowers in the world rowing.

Rob is right. We write a lot about Masters and Masters are an important group of rowers. Look the Velence entries: 5047. 3835 rowers.

Michael, a very ambitious Masters F rower from Basel, Switzerland cannot stop going to the WRMR. Since years he has at least 4 entries per year. His favorite: The eight. A few years ago he teamed up with the Masters international. He tells me…

Same in Velence, as you see on this picture here. 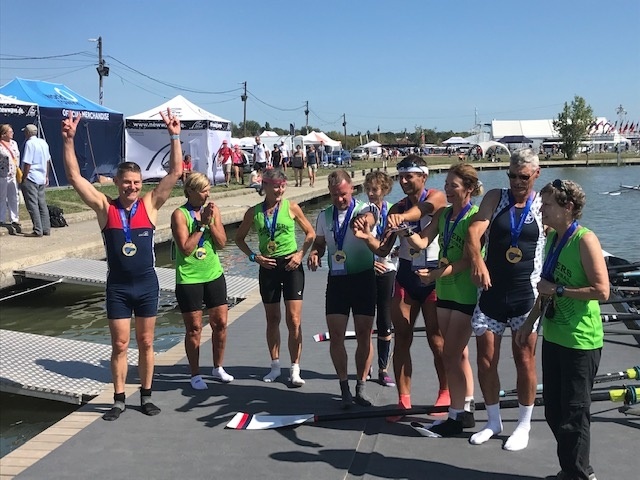 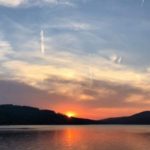 How can masters build fitness for rowing?

Posted on April 22, 2015November 2, 2020 by Rebecca Caroe
We got a question from a masters athlete asking “What’s the best exercise to build fitness for rowing?… read more