Today is the start oft he Belvoir RC New Year Camp. I am here at the lovely rowing venue of Sarnen, in Obwalden, Switzerland. My 15 athletes and I are here till the 4th of January. Looking back, such a camp is a ritual I have followed in some form or another since I was 14. The first camp, which is still vivid in my mind, was with the Hawkes Bay Rowing Club on the Wairoa river. It was quite an adventure; my first time away from home with a mixed age group, not then mixed sex as rowing in New Zealand was still in the dark ages and women didn’t row, or at least, not at my club. 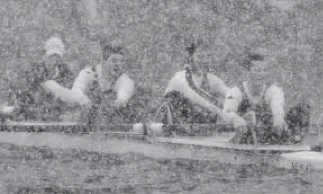 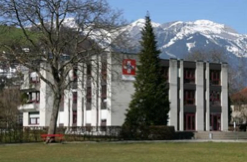 Since then some 45 summers have passed and most of them have involved a New Year camp. Long days on the Wairau with Avon, fighting for a seat in the eight and later, in the top four are still fresh memories.

After my metamorphosis to a coach the scenes changed but the rhythm of hurried Christmas and then of to some remote spot for good water and long miles remained. Canterbury club patronised Lake Mahinapua for a while and I experienced for the first time the loneliness of responsibility for selection.

During my seasons in Europe the rhythm of the camp remained but the locality, and the season changed. Sometimes even the training type changed and my crews were to be seen on cross country skis. SC Zurich took me to St. Moritz where we mixed with the rich and famous, though only on the ski tracks. I remember talking to the famous proprietor of the ski hire shop we used who, when I apoogised for the lack of fine ski technique amongst my troops answered,“It’s a nice change. Usually in Central Europe the equipment is better than the fitness. With your boys it is the other way round.“

Here in Sarnen we are warmly ensconced in the SRV Ruderhaus. More memories to haunt me, as this was the centre for many camps with club and national teams and my work place for two busy years as a Swiss national coach.

This year’s camp is rowing again but temperatures of -9deg and snow falling will add some challenges to the session this afternoon. Keeping warm in the coaching boat is one of the challenges highest on my list I will admit.

From the coach’s point of view what to do on New Year’s Eve is also a challenge. For a real rowing tragic new years eve is the last night of the biggest championship of the year. The New Year celebrated on 1st January is merely a nuisance, something arbitrarily placed somewhere along the earth’s orbit by various churchmen and emperors. My inclination is always to go to bed and sleep but I will no doubt strive to be a social beast and stay up for the near obligatory good wishes and fireworks.

Buy Duncan Holland’s Seat Racing and Selection ebook.  Duncan explains exactly how to run seat racing and how to compare race results to work out who the fastest rowers are.  If you’re an athlete, this will help you understand what your coach is looking to demonstrate.

Posted on September 17, 2014October 21, 2020 by Rebecca Caroe
We are re-ordering from the manufacturer the Rating Watch OarRATER and if you’d like to be in the… read more

Posted on October 26, 2018October 15, 2020 by Rebecca Caroe
Joy of Sculling Conference is held annually hosted by Jim Joy – a former guest on RowingChat. One… read more 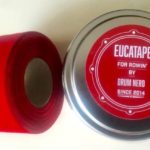