The UK Coaching Awards honour sports coaches and coaching organisations who have demonstrated outstanding success over the previous 12 months.

He may have been awarded the Lifetime Achievement award at the UK Coaching Awards but Jürgen Grobler insists he has no intention of slowing down any time soon. Grobler turned 70 in the summer – two weeks before he coached the British Rowing men’s squad at his seventh Olympic Games.

During that time Great Britain’s most successful Olympic coach has presided over at least one goal medal winning crew with Rio 2016 producing titles in the men’s coxless four and eight.

He had indicated in the aftermath of the Games that Tokyo 2020 may be a stretch too far but with the dust having settled, Grobler is still as hungry as ever, defying any suggests that his latest award, presented to him by HRH The Princess Royal at the UK Coaching Awards on Tuesday, was an indication for him to stop.

He said: “I’m very honoured to receive this wonderful trophy for the lifetime achievement award, I know that only one person can get it and I know all the other coaches have done a good job as well. It’s fantastic.

“Tokyo is not so far away. Hopefully this award isn’t a message from people to stop now as I’m not stopping. I haven’t finished yet and Tokyo is the next big target.

“There are a lot of young athletes waiting and they want to follow their heroes from the Olympics before.

“Rio was something very special, especially with South America having never hosted the Games. It was a difficult culture.

“But I have been to so many different Games, you always think whether it can be better. It was a difficult culture but it was a fantastic Games and the Brits made it fantastic with their performances.”

The UK Coaching Awards, organised by Sports Coach UK, is an annual celebration to honour sports coaches and coaching organisations who have demonstrated outstanding success over the previous 12 months.

During his career, Grobler – who came to Britain in 1990 to coach Sir Steve Redgrave – has helped 26 different athletes to Olympic gold, ten of them to two or more.

And he admits the landscape of coaching in general in the country has changed dramatically during that time.

“When I came over to Britain 26 years ago, I started in a club as a coach and I was working with famous athletes such as Sir Steven Redgrave and Matthew Pinsent, people came along to me and said ‘you’re the new coach, that’s great, but what’s your real job?’”

“I think that shows a little bit that in that time that coaching was quite amateur. It was only in a few sports that you had full time coaches.

“In the years since, coaching really has developed. I think the young people deserve good coaching because it is so important to for young athletes to have the best possible advice and they do what they do in the right way.”

The UK Coaching Awards honours sports coaches and coaching organisations that have demonstrated success over the previous 12 months. This year’s winners came from 11 different sports – highlighting the very best of coaching from high performance to community, from children to disability and more. Find out more about coaching in the UK at www.sportscoachuk.org.

Posted on May 9, 2018September 30, 2020 by oxfordjuniorrowingcourse
The Oxford Junior Rowing Course (OJRC) is a non-residential course designed to introduce 10-18 year olds to the… read more 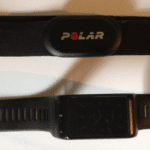 Data Integrity: when to trust your data?

Posted on October 26, 2017October 13, 2020 by jrzaleski
Verifying the Accuracy of Measurements-Introduction In my last post on tracking rowing data, I received a comment regarding… read more 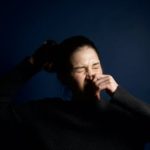 Exercise while being sick?

Posted on December 5, 2018October 15, 2020 by Rebecca Caroe
I got an email from a former athlete asking a question about getting ill while training. Dear Rebecca,… read more