We all know the Olympic motto

Citius Altius Fortius which is variously translated but is all about the millimetres and hundredths of a second by which medals are won and lost.  It is possible to measure if an athlete runs faster, or jumps higher, or lifts more weight than another.  As the Games have become more technologically advanced so to has the measuring of tiny differences.

In rowing we now have high speed video cameras to help the judges’ eyes and times are measure to 1/100th of a second.  Not much over a race of 2000m.  (If my maths is correct it is about 50mm)  Now 50mm is not much but it is a clear margin and I, and most rowers, can accept close verdicts with some equanimity.  Every sportsman or woman must eventually come face to face with losing and most do it with some grace.  The perhaps most famous example of this is the victory of Karsten over Neykova in the women’s Single in the Sydney games.  Karsten won by 0.01of a second!

Something I can’t accept is sport where the result is a subjective decision of a judge or panel of judges.  I can’t imagine spending a large part of my life striving for perfection and victory to have it denied by a dubious call from a fallible and possibly corrupt judge.

Stories abound from previous Olympics including the infamous boxing tournament in Seoul in 1988.  Here it seemed clear that home town judges were bribed to promote a local boxer.

But even without corruption human error can creep in.  I watched Craig Fallon fight a judo bout for GB and the commentators told how he had lost a medal in Athens through a dubious last second call and the fall that cost him a shot at the gold in Beijing was also debatable according to the ringside experts.

So what is the answer? I don’t know.  Banning all sports from the Olympics that rely on judgements to decider a winner is not a practical political move.  So I will just remain loyal to rowing as my choice of sport and next time I am involved in a close decision remind myself that at least it is absolute.  In rowing there is no dispute about the result.

Rowing Umpires – you really piss me off!

Posted on May 22, 2014October 21, 2020 by Rebecca Caroe
Umpires are fabulous, amazing people who run our events but there are some things they do which would… read more

Posted on May 9, 2018October 13, 2020 by Rebecca Caroe
The rules of rowing racing can seem fixed to many competitors in domestic competition but at the international… read more 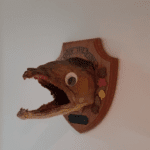 Posted on October 11, 2017October 13, 2020 by Rebecca Caroe
We’ve found the clever Sarasota organisers of the WRC2017 have created an app using Yapp to keep you… read more