This month, our RowingChat guest is.. 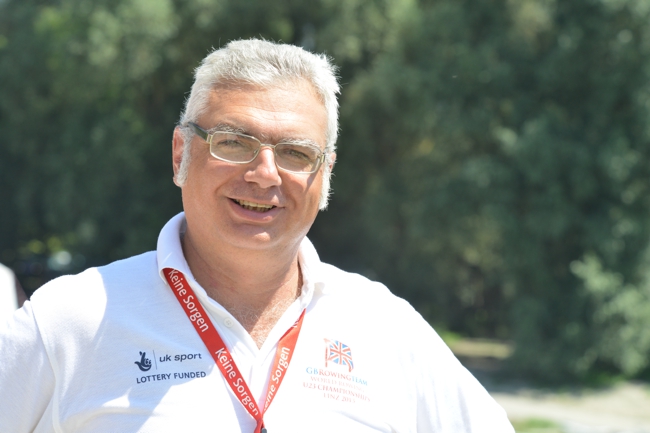 Angelo’s arrival at NUBC in 2005 followed three successful years based at Italy’s Paolo D’Aloja National RowingCentre at Piediluco, Umbria, where he was Coach and Co-ordinator of the Italian Junior and Senior Women’s national teams, and Assistant Coach for the Italian Federation Rowing College.

With Angelo as their coach, Junior Italian crews picked up five silver medals and one bronze at the World Championships in 2003 and 2004.

Prior to that time, from 1994 to 2002, he was Head Coach at Circolo Canottieri Lazio, where athletes under his tutelage collected two gold, two silver and two bronze World Championship medals, and no fewer than 14 Italian National Championship victories.

Since arriving in Newcastle, Angelo’s coaching has secured NUBC 2 Henley Royal Regatta wins, numerous head of the river pennants and several championship wins at BUCS Regatta. He has also coached many athletes to the u23 Great Britain team, being given boats to coach at the World Championships for the last two years. As Head Coach, he has overall control of the coaching regime here at Newcastle, but on a day-to-day basis he runs the Senior Men’s squad.

Angelo was presented with the British Rowing Special Award in recognition of his outstanding contribution to the sport and the development of young rowing talent in the North East and UK.

Join us for RowingChat with Angelo Savarino on: 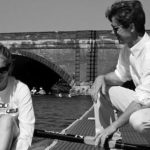 Posted on September 1, 2017October 14, 2020 by Rebecca Caroe
We decided to turn the tables for August and to interview Rebecca Caroe who hosts RowingChat. Joe de… read more 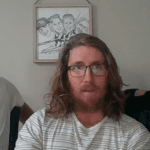 Posted on May 4, 2018November 2, 2020 by Rebecca Caroe
Known for being the current world record holder in 1x, Robbie Manson of Rowing New Zealand joined me… read more