I’m a male rower, my girlfriend is a rower, and she trains just as hard as I do. Just because the strength of depth of her opposition is lesser doesn’t demean her efforts. But she feels, as I do, that the comedy display of the qualification races tomorrow morning doesn’t do anything to improve the situation.

Yes, we all know that women’s rowing isn’t as strong as men’s rowing. But I feel that Henley Women’s Regatta actually makes the standard worse. Whilst Henley Royal isn’t perfect, and the bottom end of the Wyfold, Brit and Thames can be fairly poor, the standard is still much higher than what you can see in the last-16 races at Henley Women’s in the IC and IA 4s and 8s.

The number of events is also much higher, particularly so given the number of people participating in women’s rowing compared to men’s rowing. I have no figures but I reckon it’s about 2:1. However there are 16 events for men at HRR, and 26 events at HWR. On that basis it’s about 3 times ‘easier’ to win a HWR medal than a HRR one, and that’s not even taking account that the ‘Elite’ events are only in reality ‘Ladies Plate’ standard in their entry, even though they are Open events similar to the ‘Grand’ in their entry criteria.

I think the points rules and other entry limitations (WeHORR results, Nat Champs results, etc) weaken women’s rowing, forcing coaches to make difficult decisions and play ‘points limbo’ to get into Intermediate events, and having some of their best club athletes, who are good but by no means ‘Ladies Plate’ standard oarswomen, sitting on the sidelines or forced to race U23s or Varsity crews, rather than racing in a ‘Thames’ standard event. These athletes then retire, wanting to race but unable to find opposition as they are avoiding racing and picking up points. These athletes want to achieve something similar in credibility to a Thames Cup win, but are barred from doing so having not even reached anywhere near that standard.

HWR has its own character. It is more informal that HRR, and I like that. It isn’t blazerati, it’s a nice regatta by the river. But if it wants to be the pinnacle of women’s rowing in the UK it needs to change in my view.

Anyone got any thoughts on this?

4 thoughts on “Henley Womens Regatta – how to improve it?” 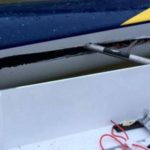