So I downloaded it and what a disappointment. 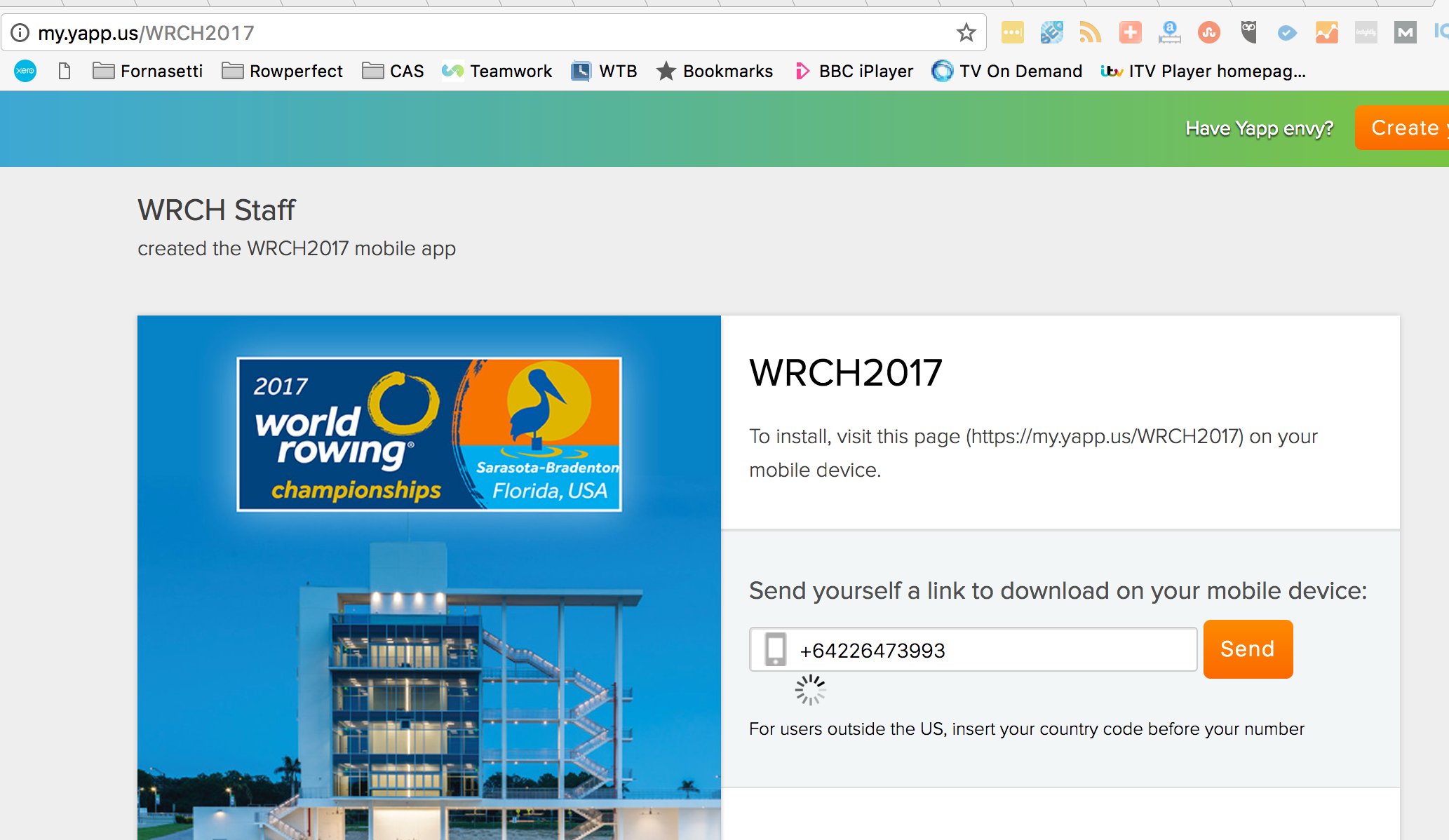 I hoped that the social feed would aggregate any mention of the hashtag – but instead it’s just full of promotions from local catering companies.

It fails to integrate the World Rowing results service – instead just linking by URL.  So what’s the point?

And half the other offers are just lame – the “Crowd Pics” has precisely 8 images in it.  Twitter is the only active feed @wrch2017 and definitely worth following.  I was hoping to get an aggregated hashtag feed from all social channels including images, not just text and links (which take you out of the app).

There’s so much more which could be enabled and then passed onto the next host of the WRC or to World Rowing – I think an app for Rowing news aggregation would be awesome and there would be a tonne of people willing to download it, if only it contained updates that were useful and interesting, not just promotions.

Posted on November 3, 2010October 22, 2020 by Rebecca Caroe
Kicking off the repecharges and semi finals in good conditions – a light tail wind that shifted round… read more

Posted on July 17, 2016October 22, 2020 by Rebecca Caroe
Acknowledging the masters of our sport is an important way of not letting history die.  Today Rowing Canada… read more

Posted on August 21, 2014October 21, 2020 by Rebecca Caroe
Catch the Rowperfect crew from the Netherlands who will have RPs on display with the new monitor to… read more