Is alcohol bad for sport – 75.4 million results. Enough evidence surely to be elementary.

Rowing in many cases is simply a battle of bodies. As technique becomes a less deciding factor, races are won and lost by the body and the mind.

Alcohol slows you down both physically and mentally, reduces your coordination and balance and considerably diminishes aerobic performance – surely the key aspects of rowing.

View all posts from Jonathan Lewis

2 thoughts on “Does Alcohol Affect Your Rowing?” 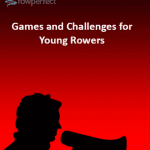 How to build rowing fitness & technique

Posted on March 21, 2016October 23, 2020 by Rebecca Caroe
How should I begin to build fitness and technique on the water with my J12 crews once they… read more

Posted on December 11, 2014October 22, 2020 by Rebecca Caroe
Some fun mugs for your early morning drink on the way to the boathouse – or in between… read more

Posted on March 30, 2019October 13, 2020 by Rebecca Caroe
The puddle tells the truth.(Photo Credit: Fotoclub Eggenburg) One of the glories of rowing is that a boat… read more