Almost all rowing clubs offer their club members the opportunity to store private boats. It’s a great service for active rowers who want to row their own boats. But what if the private boat only serves as a dust collector because there is little or no rowing. Do you know this situation? Rowperfect has asked around in various clubs. Here are our results.

We spoke to 12 clubs. Everyone knows this phenomenon: The result is not representative, but interesting:

There is often a conflict situation in the clubs. Eric from Germany says: “We have a really old boat of a member here. The boat has not been in the water for at least 7 years. The owner is 78 years old and will probably never row again. Nobody on the board dares to speak to this colleague because he was one of the most influential members in the 1990s. He donated a lot of money to the club.” Catherine from France: “We have had a boat that is no longer rowed since 2002. It belongs to an ex-U19 world champion. Despite several requests to take his boat off the shelf or donate it to the club, we don’t get an answer.”

If you look at the owners of the boats in the 12 clubs, they are mainly:

The cheapest, private boat place that we found in Germany was 85 euros per year. A real bargain. Disposing a boat is more expensive. Raising the price is a sensitive issue though. Many clubs try not to do it – especially when it comes to deserving members.

Does it make sense for you to store boats that are no longer being rowed? Are there boats that are rowed by several club members? Can the club also use the stored boat? One can certainly think about criteria under which the club stores private boats.

Take your time: You do not have to unwind a solution for the private boat instantly.

It makes sense to give the boat owners a period within which they can decide what they want to do. Why not 18 or 24 months? There is enough time to find a solution.

There is no generally applicable solution. Every club must – if they want to change something – act appropriately to their situation. We think a combination of several elements makes sense. A board member of a rowing club at the Rhine came to the following solution for his club:

From January 1st, 2022, all private boat places will be re-advertised. The private boat places are allocated for 3 years with a supplement. From this period onwards, boat places cost an annual fee (currently 280.00 €). If the boats are rowed less than 300 km, the boat owners lose their boat place at the end of the respective calendar year.

So our recommendation is a mix of different elements: 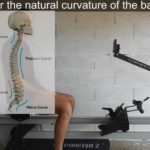 Posted on May 1, 2020October 26, 2020 by Tom Wall
Our Coach Jean Pierre shows us his tutorial about the good seating positions during the rowing sequences on… read more 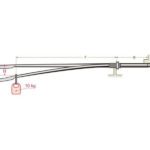 Oars, they are springs – not sticks

Posted on March 22, 2020September 28, 2020 by Tom Wall
Howard Aiken has written a few times for us. Here is his technical and interesting post from a… read more