Of late, I have noticed we are coaching non-elite crews to row differently than elite crews which shows little faith in the broader rower’s abilities. Is it that we believe crews can’t learn to row well, or are coaches not taking responsibility for teaching crews the added complexity? 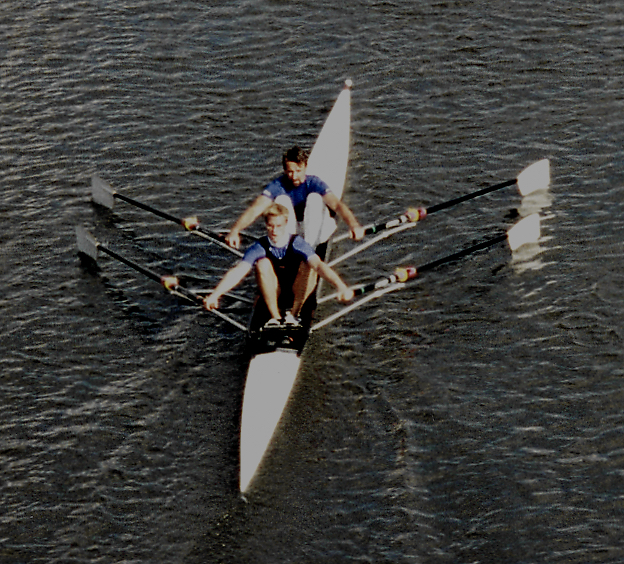 Peter Haining and the author, Steven Aller, at the catch in 1999

One example: Should we slow down into front-stops or allow the boat to accelerate under us on the recovery?

The vast majority of Elite rowers at world championships and Olympics accelerate into the front-stops, however, most coaches non-elites are coaching crews to decelerate into front-stops. To make matters worse, elite coaches often state that non-elites should not attempt this because they will create even worse boat check because of late placement of the blade. This would be like coaching skiiers to always ski pizza pie style and never teaching them parallel skiing! Let’s not give up on our crews. Let’s instead come up with drills and verbal concepts that help all rowers achieve the right sequence at the catch.

Most rowers are afraid to place their blade earlier because they worry about splashing rowers behind them, or act as a brake on the boat. Crews need to learn to relax their elbows so that when the blade touches the water there can be some give if you go in too early.

Here is one of the drills we use to practice this feeling of letting the blades lock and move at the speed of the boat. It is an exaggeration of what happens during a normal stroke but gives the rower an opportunity to overcome their fear of early placement and feel when the blade is fully submersed and locked.

Come up to 6/8th slide (so just before front-stops). Square your blade and then let it drop in the water by un-weighting the hands. The rower should repeat dropping in the blade and tapping it out while staying stationary on the slide until they can comfortably do this ten times. If there is too much tension because of poor balance you can start practicing this at 1/2 slide instead of at front-stops. After the rower feels comfortable with this they move to step 2

The next step is for the rower to drop the blade in the water at 7/8ths slide and once the blade is in the water to then go up to front-stops by compressing the legs and keeping the body angle the same. They will notice that to do this without resisting the movement of the boat/pushing back on the water they will have to relax their arms and even let them bend a little, once they have come to the front stops they will just tap the blade out and start over. Once they can do repeat it comfortably 10-20 times they can move onto step 3.

The next step which is to start at 3/4 slide and simultaneously move up the slide and let go of your already squared blades. The blades should enter the water at about 7/8 slide – and you travel up the last 1/8 as you did in the prior drill phase. Once they are comfortable doing this, they move to the last phase of the drill.

Once they come to front-stops they apply pressure to move the boat. This should initially be done at light pressure with the power and rating slowly brought up as this requires a lot of coordination and concentration the faster the boat is moving.

I have been sculling for over twenty years now and live near Philadelphia in the U.S. I started sculling at age 13 in London, first at Dulwich College and then Westminster School. I was then recruited to row for Princeton University’s lightweight men’s team in the U.S. and have stayed here ever since. When I was at Dulwich we all had to be junior members of Thames Rowing Club which ended up being the best thing because that meant we could also go rowing outside of organized school practices. This is when my friends and I would experiment with creating our own drills and games to improve. I was lucky to then have Peter Haining as a mentor and I still remember a lot of things he said all those years ago while he was in his prime (1990s). I am a lightweight so my focus has always been on technique and efficiency. There is never a stroke when I am not thinking of some improvement – that is why I love the sport!

Photo caption: Peter Haining and the author, Steven Aller, at the catch in 1999

7 thoughts on “Why are we deliberately coaching less effective technique to non-elite crews?”

Posted on June 26, 2018October 21, 2020 by Rebecca Caroe
Unity creates strength. Is that really the case? Often individual personalities are not that obvious when they are… read more 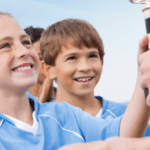 Posted on November 3, 2019October 15, 2020 by Rebecca Caroe
THE CONTEXT: As some parents and coaches continue to rely on what I call “conditional praise” as a… read more