Hiya,I thought Id write a review, send it to you and you could pass it on if its helpful? 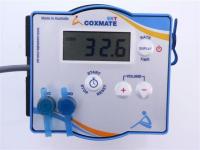 The crew all commented on the excellent sound quality – it was really clear sound, with little distortion at volume, and no fuzz or noise being sent down the speakers. The crew only usually give me volume feedback, so for them to have noticed and commented meant the clarity made a real difference for them. The volume was also easily loud enough without maxing out the volume control, which meant it had a good amplification – often with cox amplifiers, I have to turn them right up, and that leads to feedback and lots of distortion, along with annoying noises like the wind blowing across the microphone etc.

The coxmate was easy to use once I got past the small differences in operation from other amplifiers. The display was very clear, though I would have preferred to have been able to see time and rate and stroke-count all at once. I understand that newer models do have a multi-reading display, rather than relying on toggling during operation, which means the problem has already been fixed.

I thought the separation of charger socket and boat socket, and the different type of boat socket were great from a durability point of view.

The most common fault I have encountered in other units has been crossed wires in the charger/boat socket common in other amplifiers, caused by the beating such sockets usually take. Such sockets are often twisted on in charging stations and boats, are often dangled in the river when the boat is being lifted in or out, and are so frequently used that they suffer a lot of wear. Crossed wires lead to either complete malfunction, or a really annoying state where if you speak, the stroke count signal is noised out, and the count goes dead, which means you can never call the rate in a start because calling the start blanks the rate. The charger socket on a coxmate is not used in the boat, reducing wear there, and the boat socket has a longer guide on it, meaning you dont twist the plug by mistake when youre trying to locate it on the socket.

Also, there is a nice space between the microphone socket and the boat socket. I have often had troubles, particularly in winter when wearing gloves, attaching a co-ax headset because my fingers are blocked by the charger/boat socket, particularly if its plugged into a charger / boat.
I liked the headset. The mouthpiece stayed in the right place, and the elastic fitted well, was comfortable and looked smart.

Only problem – its square and all our sockets are round. Square pegs, round holes – its probably time to make new holes. 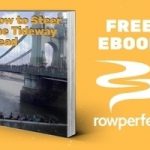 Posted on March 8, 2018October 14, 2020 by Rebecca Caroe
The head racing season is upon us. If you are racing the London Tideway Eights heads (for Men,… read more

Great8 Trivia Quiz – the Answers and the Winners

Posted on March 24, 2009October 22, 2020 by Rebecca Caroe
Thanks to everyone who entered the Great8 Trivia Quiz… apart from a shockingly knowledgable man called Monkey TSS… read more

Posted on October 15, 2007October 23, 2020 by Rebecca Caroe
In preparation for the launch of the Coxmate SCT unit with GPS, Rowperfect has been researching places to… read more