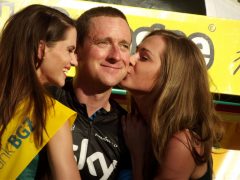 We all know who Sir Bradley Wiggins is. The 2012 Tour De France, five-time Olympic champion superstar cyclist is unmistakable. To the British public, he is the ginger-sideburned, Paul Weller-loving superstar who is the most successful Olympian in British history on the medal count.

What you may not know is that Bradley Wiggins has spent the last few years trying out his another sport: rowing.

The 38-year old British/Belgian star, who was knighted in 2013 and still holds the current World Hour Record for a track, decided to give up his sport at the end of 2016 to make way for rowing. However, his entry into rowing was short-lived and as of September 2018, he decided to give up after just one race.

Bradley Wiggins’ investment into rowing could be seen as another example of a world-class athlete making a failed attempt at mastering another sport.

Some of you might remember Michael Jordan infamously trying (and failing) to play baseball in the 1994 minor leagues. Then we have world-renowned sprinter Usain Bolt, who flirted with lower level football and even tried his hand at the challenging mental game of poker, during which PokerStars built a special edition of the game around him.

But, for the sake of rowing fans out there we wanted to sum up Bradley’s short time as a hopeful Olympian and perhaps a way of celebrating his very short career thus far:

At age 36, Bradley Wiggins announces his retirement from the sport of cycling on his Instagram page after 16-years as a prized professional.

He announces his intention of taking up rowing seriously after using it as a way to keep fit. Press reports state that he has hopes of competing in the Tokyo 2020 Olympics, and he tells the Daily Mail that he might win a sixth gold medal. He also says that he is training seven days a week, under the tutelage of double Olympic gold medalist, James Cracknell. 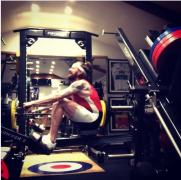 Bradley Wiggins works out on the erg

He announces he is set to take on the sport of rowing at his official professional debut at the British Indoor Rowing Championships,

A lot of speculation mounts around his level of performance and how he will do, high profile coaches and figures weigh in. Some, like Beijing gold medalist Mark Hunter, believes he can go all the way and that he is a phenomenal athlete. However, cyclist.co.uk magazine comments that bulking up will not be enough to make the transformation to pro rower and that his will be up against more experienced athletes who are a lot bigger and stronger.

As part of his transformation over the last year, he put on 30kg more in weight than during his cycling career, ballooning to 100kg in order to compete. This isn’t the first time a super rower’s power has been likened to a top cyclist’s power.

Sir Bradley competes in the British Indoor Rowing Championships in 2017. He finishes in a respectable 21st place in the Open Men’s 2km. Unfortunately, he makes what the press call a ‘schoolboy mistake’ because he thinks a false alarm is sounded at the beginning of the race, thus losing considerable distance from the leaders at the start of the race. He avoids social media, not posting any more images of his training.

He resurfaces several months later to try his hand at the Veteran’s Head of the River Race on the Thames in London. Taking place the day after the famous Oxford-Cambridge Boat Race, this time he competes in a coxed sweep eight race.

On a self-titled podcast called ‘The Bradley Wiggins Show’ in September, he announces he will not be pursuing rowing professionally, and that he will be giving up his dream of competing at the 2020 Olympics in Tokyo. His reasoning is that it will be too much of a full-time commitment and that he’s not ready to give his life to another sport. He doesn’t make a mention if he will be seen again rowing competitively.

Will we ever see him back in the cyclist seat or rowers seat? That remains to be seen. Although Bradley Wiggins is one of Britain’s greatest athletes, his short stint as a hopeful Olympic rower will be something that, for now, he might rather forget. 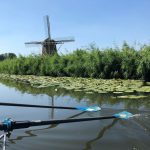 Posted on August 19, 2020October 12, 2020 by Tom Wall
Rowperfect has posted about Touring Boats some time ago and we have forgotten to mention wherry boats. I… read more 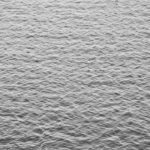 The Negative Effects of National Squads on Club Rowing

Posted on June 6, 2016October 23, 2020 by David
Today, we have some very interesting insight from Craig Allely of Rotorua, New Zealand into the effects of National… read more