Strength training, Why it is important

In this series of texts, I seek to outline the main aspects of becoming a stronger rower. The first two texts will be rather theoretically focused on strength training. From there, I will move to a more practical level, concentrating on common areas of weakness I have witnessed in rowers, and how to correct them. Finally, I will give advice on how to fit strength training in your training calendar, and give ideas about what strength training for rowers looks like in practice.

The basic principles of strength training

In the first article, my focus is on the principles of strength training. My aim is not to show off a bunch of theoretical knowledge, but rather provide a sound basis for understanding why something should be done in a certain way. I am a strong believer in educating my athletes to understand what lies behind successful training and development. In my experience athletes who understand their training are more motivated and get better results.

The basic principles of all forms of training are individuality, specificity, progression, variation and the ‘detraining effect’. But what do these mean in practice? The principle of individuality states that in programming training we should take into account the specific anatomical structure, training background, adaptability to training, and all the other things that make us different as human beings. Mothers tend to be the best advocates of this principle in viewing all their children as unique and special. However, there are limits to this principles, there is a large degree of uniformity in successful training. Individuality does not mean that everyone should seek a wholly new and radical way of training, but rather that subtle differences between individuals should be taken into account.

For example someone with strong quadriceps, and weak hamstrings and glutes is unlikely to get the best benefits from strength training focusing on front squats, leg presses and other quad-dominant movements, rather they should focus on making their posterior chain stronger, thus developing the power they can develop during the middle of the rowing stroke. Such an individual will benefit much more from such exercises as hip thrusts, kettlebell swings and deadlifts.

Train the same muscle over and over again

The principle of specificity is crucial for all athletes. In all simplicity, it means that the greatest benefits for a particular activity can be obtained through training that mimics its muscle activation and movement pattern. In other words, rowers get stronger in rowing through exercises mimicking the rowing stroke. Despite the fact that this principle is rather common sense, I see it ignored surprisingly often. If something you do at the gym bears little resemblance to a rowing stroke, strong evidence should be offered to why it is in the programme. For example a deadlift is much closer to the movement pattern and muscle activation of a rowing stroke than hip abduction in a machine.

Progression is the golden principle of further development. The human body is amazing at adapting to increased demands, and this is ultimately behind all top performance. Performing the same movement with the same amount of weight for the same number of repetitions and sets in the same time over and over again is unlikely to keep on giving you benefits. Instead, by varying one or more of the factors above (loading, volume, density, movement) to make the exercise more difficult should be the goal of all workouts. For beginners, the simplest way is to add a small amount of weight to the exercise each session. For more advanced athletes the issue becomes more complex, as the rate of progression slows down the stronger you get and you cannot expect to keep on adding weights infinitely (your gym won’t be very happy if you do).

The secret to developing strength in your rowing

Variation is perhaps a more difficult, and somewhat in conflict with the principle of specificity. However, it does not mean that a rower should switch to figure skating for winter in order to develop. Rather it means that training should be varied in the sense that different intensities of rowing and strength training are performed over time. In terms of weight training, movement selection should be changed from time to time (however, certain lifts are likely to stay the same), similarly strength training should be varied in order to develop the different aspects of strength, which will be outlined in the next post. Due to the principle of specificity, the various aspects of strength should be trained in different ways.

Finally, the principle of detraining needs to be acknowledged. I do not wish to end on a pessimistic note, but all that is gained through training can also be lost. If strength training is discontinued, the strength levels of an athlete will gradually drop. The detraining effect tends to be smaller for those who have trained longer and more consistently. In practice this means, that strength training cannot be completely halted over the summer training and competition period if one wishes to benefit from the advances made in strength development earlier.

These principles should be juggled and combined in different degrees to provide the best training results possible. This needs experience of the sport, and a good understanding of one’s athletes, which can be best gained by observing the effects of different kinds of training on performance over time.

How can I stay fit when I can’t row for a month? 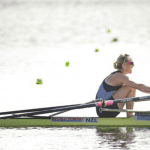 More tips on improving the recovery

Posted on January 31, 2018October 14, 2020 by Rebecca Caroe
One of our most popular posts is about how to improve the recovery.   A reader asked this great… read more

How To Balance The Boat