We have just formed a mixed quad crew and want some advice on how to align our power and get the crew going well together.

Several time ago, Roland Beevor wrote to us after reading the original article. Let’s share this again.

I think this issue is a good issue to explore, it addresses a big unexplored requirement: how do you bring people, who may be relatively late starters, or returners, on from the initial excitement of trying a new sport to getting some achievement and longer term satisfaction?

Roly: The first thing to say is that a new crew will feel strange.  This can be very disorienting, especially for an athlete who has gone from being a beginner to a fairly high level in a crew (or as a single sculler) without much experience of other boats. I often hear someone in a newly formed crew saying, ‘but it’s not as good as the crew last summer’.  ‘Well of course it isn’t’, I say, ‘but you don’t remember what last year’s crew was like after two outings.’

Rebecca: “Men will get the oar from placement in the water through to extraction at the end faster than women can.  What happens as a result is that women feel their power is “taken away” from them during the stroke.”

Roly:  If you go out in singles you may find that this is true, certainly for one stroke, but is it still true after five minutes?  Try paddling alongside each other in singles at the same rating, is there really much difference?  Is there a feeling of big power difference if you put a man and a woman in a double?  Rebecca is right up to a point, the less powerful athlete may be unable to feel any work, but this is because they are too slow getting started, not because of the power difference.  In a crew boat the boat goes along at the same speed for everyone, and the boat moves past the blades rather than the blades moving through the water.  If they take off together each athlete can do the same work they would have done in the single.

Then see what happens when the two men are in a double alongside the two women, steady rating, not off a start.  You are looking for an objective guide to how the power / weight differences affect speed.  It may or may not be how you expected, or the double you expected to be proves fastest but with not so much difference as you thought?  It’s good to be objective, and that is where a coach can be really useful, perhaps someone with a bit of experience who you bounce ideas off, not necessarily a superstar.

When there is a big difference in height it is natural to assume that there will be a big difference in length in the water.  Going on a Rowperfect, or a C2 with a phone app which shows stroke length can be revealing.  Often flexibility compensates for height, so that stroke length is not so different.  Also it is possible that the athletes with longer strokes are pulling too long after their power peak where they are inefficient, this gives a better (C2) erg score, but doesn’t make a boat go well.

So the feeling that the boat is not going as well as it might is more likely to be a result of differences in technique and expectation in the crew than something that can be fixed by adjusting the set up of the boat.

Rebecca: “I recommend keeping the same inboard for the whole crew so you don’t have to adjust the pins on the riggers.”

Roly: If there does turn out to be a big difference in stroke length what is the best thing to do about it?  We tend to think of men as being big and slow and ladies as light and quick, but this is just stereotyping.  Try riding a tandem with a member of the opposite sex.  Does the boy or the girl want spin up a hill in a low gear?  I’ve not found a girl that will go along with that, they want a steadier heavier approach.

The problem that we identified was that the girl is too slow getting into the work how is lightening her gearing going to help?  A second issue is wanting to get the arcs more similar, and keeping the inboard measurements the same and just shortening the outboard doesn’t help with that.  So if you really need to adjust the rig go for it properly, bring the pins in closer to get the arcs right, shorten the blades to make the gearing reasonable and move the buttons to make the separation at the finish right.  If this means that the rig appears to give the girls a heavier gearing don’t be put off, try it, be objective, give it time.

No apologies if this all sounds a bit complicated and time consuming.

Crew consensus is the key

The biggest problem for any crew is to achieve a consensus about the time you are going to put in to the project, and how much effort you are prepared to put in to getting over the difficulties.  It is always a good policy to decide at the outset that there is a definite goal for the crew, a particular race or a challenge like rowing a new stretch of water on a certain date.  Then you can commit to doing that thing as well as you are able and get a sense of achievement without having any ill feeling when someone drops out.  Remember that if it didn’t require time and effort there would be no sense of achievement at the end, and that time has to go into every aspect of the sport, the bodies, the technique and the equipment.

The rights to this article remain with the author.

One thought on “Aligning power in a mixed masters quad” 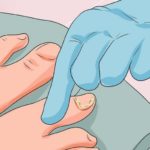 Posted on November 24, 2006October 23, 2020 by Rebecca Caroe
We were invited by the Lea RC to visit their club night and work with the coaches and… read more

Posted on April 4, 2016October 23, 2020 by Rebecca Caroe
A a rowing coach you need to keep your athletes motivated to train effectively.  This includes mental training. … read more