I’ve mentioned several times on the Strength Coach Roundtable as well as in a few different articles my disdain–no, my hatred–of the bench pull (also referred to as the “seal row”) exercise, and here’s my full case against it. The bench pull is the single most overrated and dangerous lift in rowing. It has low specificity to rowing, is a known cause and risk of rib stress fractures, and there are too many other exercises superior to the bench pull to make it worth doing.

#1. The bench pull has low specificity to the rowing stroke

There are coaches who omit the arms-only part of the pick drill because it doesn’t sufficiently apply to the stroke and teaches athletes to break their arms when catching the water. We spend too much time at practice trying to get rowers to stop doing exactly that to want to have them practice catching with their arms, plus to get stronger at doing it.

At best, the bench pull has low specificity, at worst, it is ingraining bad habits that will just have to be undone with more coaching.

#2. The bench pull just develops the same muscles that are already strong from rowing

The two things that strength training should do are build rowing performance through loading sport-specific movement patterns and build muscular balance to reduce injury risk by developing the muscles that rowing neglects. Without strength training to balance it, rowing will overdevelop the quadriceps, latissimus dorsi (lats), upper trapezius (traps), and biceps muscles. The bench pull emphasizes the same muscles of the lats, upper traps, and biceps, doing little to build other muscles important for long-term muscular health.

#3. The bench pull itself is an injury risk

I’ve just established in point #1 that the bench pull does not improve rowing performance, now we’ve learned that it also doesn’t build muscular balance to reduce injury risk. The nail in the coffin of the bench pull is that it is, itself, an injury risk for rib stress fractures.

Rib stress fractures cause the most lost practice time of any rowing injury. Low back pain is more prevalent of an injury, but recovers faster and thus results in less lost practice time. Even if the athlete does correctly brace their torso through the lift, they are still putting the entire weight of the barbell as well as their bodyweight directly onto their rib cage.

Most often, they are not bracing their torso, putting even more force directly onto the skeleton. This compression, coming from both sides of the rib cage, can directly cause rib stress fractures or weaken the ribs for a future rib stress fracture on the water or on the erg.

Every lift has some injury risk, and it’s our job as coaches to find the ones that have the lowest risk for the highest reward so our athletes can enjoy a healthy and productive career.

To make this worse, you often see programs scrimp on equipment by doing a sorry do-it-yourself job using wood and some weak foam padding, or in this case a duct taped yoga mat. Maximum weight or insanely high repetitions on unsafe equipment through a dysfunctional movement pattern is a recipe for injury.

#4. Here are three other coaches who have also ditched the bench pull

“The bench pull is outdated, dysfunctional, and unsafe. When choosing exercises it’s always important to choose exercises that can be done well with good technique, challenge the athlete, and improve their movement skills. The bench pull doesn’t fit into anyone of these categories. There are far better options that I would suggest including DB rows, TRX Rows, Landmine Rows, Renegade Rows, etc.”

“My #1 complaint on the bench pull is its lack of functionality. Having a bench between yourself and the object you’re trying to create power through doesn’t happen in any sort of real life movement, and definitely not in rowing. Rather than needing to brace your core to stabilize, most people leave their core off and just yank at the weight. My other biggest problem is that scapular control is usually forgotten here. Instead of keeping the shoulder blades retracted throughout the entire movement, there is usually some internal rotation of the shoulder and the shoulder comes out of the socket at the bottom of each pull. Often because the weight is too heavy and/or the rower has to reach to pick up the weight off the ground.”

“Bench pulls have been a traditional rowing exercises for years but with strength training and injury prevention developed to much higher levels it is important to re-evaluate whether its really benefiting our athletes in light of the risk factors or we can spend time performing more productive safer exercises that are more beneficial for our rowers.”

#5. There are far too many other exercises that are better than the bench pull for rowing

The argument for the bench pull becomes even more absurd when you consider how many other superior exercises there are to strengthen the mid-back and arms of the athlete in a way that is both safer and specific to the rowing stroke. Here are the main back exercises I use instead of bench pulls.

Will Ruth, aka Strength Coach Will, is the author of “Rowing Stronger: Strength Training to Maximize Rowing Performance,” a how-to e-book on strength training and program design for rowing available right here on Rowperfect. Will is also the host of the Strength Coach Roundtable, a podcast on the Rowing Chat network featuring two other rowing strength coaches. You can find more of his writing as well as a free preview of “Rowing Stronger” at www.RowingStronger.com.

View all posts from Will Ruth
Advertisements

One thought on “Why I Hate the Bench Pull” 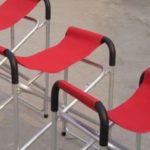 Buying a pair of Rowing Boat trestles for $40?

Posted on October 9, 2018October 28, 2020 by StrengthCoachWill
We really jammed a lot into this episode to talk about recovery for rowing as well as strength… read more