Tom Graham of East Aurora is a former cox, oarsman and rowing coach.

What compels an endurance athlete to suffer physical pain and mental anguish to achieve victory? Where do they get that inner drive, tenacity and determination to train and grind every day to achieve a goal?

What motivates an amateur rower to endure back-breaking training, day after day on the water, run, lift weights and in the winter, train on indoor rowing machines?

In rowing, it is certainly not for money. In the ultimate team sport of rowing, there are no MVPs, no number on the oarsman’s back. You win and lose as a team. For high school oarsmen, there are no Friday night lights like in football, no cheerleaders or student body cheering section.

As a former coxswain, oarsman and more recently as an assistant rowing coach at Bishop Timon-St. Jude, I can assure you there are no shortcuts to winning a rowing race. It takes a major time commitment and dedication to arduous training.

In Angela Duckworth’s book, “Grit: The Power of Passion and Perseverance,” she has done extensive research on people who have reached the very top of their professions. The common trait is having grit, which is passion for the mission and the will to persevere to achieve very long-term goals. They have the stamina to achieve their goals when they face setbacks, failure and defeat.

Athletes who have grit will endure the mind-numbing pain and push themselves beyond their perceived capabilities with their relentless perseverance. In rowing, before you win a major race, you will go through many crushing defeats. The rowers that achieve greatness will train harder and press on regardless.

As a coxswain with the West Side Rowing Club in the 1950s, I had a front-row seat to observe oarsmen who competed in the Olympics, won U.S National and Canadian Henley championships. They had an abundance of grit, and a relentless determination to train and win.

My most competitive and exciting race was winning the 1958 Intermediate Eight National Championship in Philadelphia. It was extremely hot and humid. Six of the seven boats were within feet of each other the entire race. In the last 30 strokes of the race, Roger Kline rowed so hard that he broke blood vessels in his eyes and lost his vision. Had he missed one stroke, we would have lost the race. I didn’t notice his vision loss because he remained in perfect unison with his teammates. He regained his sight 30 minutes after we returned to the dock.

Olympian Jim “Chick” Hewson is the greatest oarsman and endurance athlete in Buffalo history. To be in championship crews with Hewson, and win U.S. and Canadian rowing championships, has inspired me for a lifetime.

Endurance is not just the ability to bear a hard task, but to turn it into glory. At a point in the race, with lungs burning and legs numb, the mind will tell the oarsman to ease up. A crew, with the hearts of champions, when all its members are exhausted, will rise to the challenge, or to the challenge of their opponents, and go out and beyond themselves.

Oarsmen never forget such an experience. Eight oarsmen overcoming pain and rowing for a gold medal is the very essence of teamwork that builds a unique esprit de corps. This is the oarsman’s main motivation.

One thought on “Thor Nilsen on Testing Athletes” 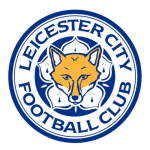 Posted on May 5, 2016October 23, 2020 by Rebecca Caroe
A new coach is rarely an instant success for a club.  And yet the Leicester City tale from… read more

Posted on June 26, 2018October 21, 2020 by Rebecca Caroe
Unity creates strength. Is that really the case? Often individual personalities are not that obvious when they are… read more

Do you test equipment that you race with?

Posted on May 22, 2008October 22, 2020 by Rebecca Caroe
I found this interview with Martin McElroy taken just after the GB 8 that he coached with Harry… read more