With New Year training camps coming up, so are those incredibly long and challenging workouts that your coach has been planning all through the Christmas holiday, just itching and waiting to unleash on you.

You know, those training sessions that take nearly 2 hours? Choice!

Learn about the the mental processes that you will go through before, during and immediately afterwards these hilariously designed outings:

Pfft, I got this. I’m gonna show that stopwatch what time it is. You’ve had a good night’s sleep, you ate like a boss at lunch, and you’ve dutifully been sipping from your water bottle all day. You feel like you are ready to take on the world, prepped to handle whatever ludicrousness your coach has been concocting. You aren’t walking around on cloud nine, you are rowing in it.

The confidence gives away to trepidation when you notice that your coach has been writing on his clipboard for the better part of ten minutes. While you perform your pre-row warm-up, mindlessly doing squat jumps, your coach is scribbling furiously, filling the page with black ink. Writing so much, in fact, that his writing is getting progressively smaller and falling off into corners of the paper. Gulp.

Stepping forward and reading the Fourier equation that coach has written shakes your conviction and confidence to the core. Once the outing plan has sunk in, and you have internalized what you have to do, you mentally cross your arms. No way I can do that. There is no way I will do that. Looks more like a whole bunch of nope. In the event of a prolonged warm-up you have lots of time to wallow in this phase, which will also occasionally include summarizing the top 3 excuses you are willing to use to get out of doing the whole outing.

4. “I immediately regret this decision.”

You are wondering why on Earth you decided you liked rowing when you were younger, wished that your parents had put you in table tennis, piano lessons, or the lesser known hybrid, piano tennis. You think about your school friends all tucked away warmly in their nice beds, cheerfully eating fruit cake and staring at the burning log on television. Luckkyyyy.

Despite your reluctance, and the failed attempts at trying to join the novices for their “mini workout” things get underway. As you set off on the first piece you spectacularly lower your expectations of the performance you are going to lay down. It’s not that you are giving up, it’s that you are taking a more realistic and cautious approach. Yeah, that’s it! At this point, it’s not about doing well, it’s about survival.

Usually by the time you get to the second or third piece some of that confidence has begun to creep back in. So far your worst fears, including (1) your arms falling off, (2) a complete collapse of energy and technique, and (3) dying have not come to fruition. So that’s basically a win. You might actually just survive this thing in one piece!

Remember that hope and confidence? Just kidding! Doubt and despair begins to wash over you when your muscles and lungs begin to fail you. Which wouldn’t be such a problem if it weren’t for the fact that you are only halfway through the pieces. At this stage your mind begins hedging how much effort is required to complete the outing, and given that the forecast calls for more set than energy, you can’t help but feel a little disheartened.

It’s been said that your mind will give up a thousand times before your body will. Nobody told our legs this. With our lungs burning and muscles aching our legs have seen it fit to take the wheel themselves, engaging into auto-pilot mode. With your legs doing their own thing, you have more time to spend thinking about how hurting you are feeling. Perfect!

Even though there are actually still 7 to go, you play this little mental trick on yourself to not be overwhelmed by the work still to be done. Each time you finish a piece, and race to catch your breath in the few seconds of rest, you commit yourself to doing just one more piece, and to reassess if it is time to pull the injury card out after that.

The hardest repeats in a tough workout are always the third and second to last ones. And the first one. And the few after that. What I am saying is that every piece in a hard set are the hardest ones. But especially the second to last one. Starting that final piece you commit yourself fully—after all, you’re in a world of hurt already, what’s a little more? Tapping the emergency reserves you put your head down and blast into the finish…

11. “Nobody touch me. I’m not moving from this corner for the next ten minutes.”

Thankfully you are still in the boat at this point because if you were on land the chances of you being able to remain upright would be poor. Instead you slump over, hang your arms and face in your lap, or muster the energy to lie down and have some quality alone time catching your breath. “Good piece,” mutters one of your crew mates. No doubt. 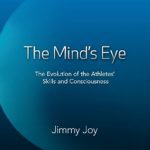 Posted on August 23, 2018October 15, 2020 by Rebecca Caroe
thx for all inspirational text you send me in e-form! In this issue of Roeien the Dutch rowing… read more

Posted on April 13, 2012October 28, 2020 by Rebecca Caroe
Here’s your weekly opportunity to enjoy tales from others who also love rowing. This weekly round-up is for… read more