You have to believe you can achieve.
We have another 2-3 months and certainly we will find more speed

I have a passion for the guys. Rowers are the same the world over and you want to help them – it motivates me.
Spraklen is a specialist coach for mens eights and has delivered multiple Olympic medals for countries from Canada to the UK and USA from his methods.

Russia will surely be a force to be reckoned with as their performance in the European Champs showed – coming second to GBR in the repecharge and stepping up to win a silver behind defending Olympic title holders, Germany in the final.

Expect more from these guys as the Spraklen magic starts to work for them.

3 thoughts on “Spracklen is BACK!”

Monthly Prize Draw for May

Posted on June 1, 2013October 21, 2020 by Brad James
Each month subscribers to the Rowperfect newsletter are included in a free prize draw to win one of… read more

Posted on May 20, 2014October 21, 2020 by Rebecca Caroe
A press release from British Rowing: SAS UK Ireland is to become the Official Analytics Partner of British… read more 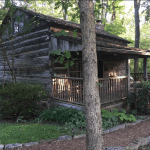 Posted on August 9, 2018October 15, 2020 by Rebecca Caroe
Charles Sweeney reports from the big event….and muses on life, rowing and streams-of-consciousness  I wasn’t supposed to be… read more