I got asked by ASOIF to do a survey about how the summer Olympics can help journalists better. 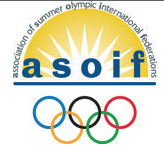 It’s clear they are considering building a giant athlete database for jounalists to access across all the Olympic sports.

Interestingly they seem to suggest that in addition to obvious data point (such as those provided on WorldRowing currently) they’d include each athlete’s official twitter/Facebook and social media accounts so people could contact them direct.

I can see this having two impacts – one the journalist gets direct access to athletes by-passing the PR team and two – the coach sees this as a further distraction to the athlete during a major competition. [some barely tolerate press conferences as it is!].

Athletes training in Sarasota for shot at 2016 Rio Paralympics

Posted on April 16, 2015October 28, 2020 by Amanda Wikstrom
The Olympic selection opportunity is hotting up and we spotted this news story about US athletes in training… read more

Posted on August 20, 2012October 28, 2020 by Rebecca Caroe
Thank to the readers who forwarded these over to us from USA Womens 8 and the Kiwi Pair… read more