Like many people, I read the Boys in the Box report.  However nobody is going to change the US system in the way the author recommends – we aren’t set up to create Olympians in school – we’ve established to provide kids fun in sport.  For example, many clubs use river rowing – you can’t have kids in singles swept over the dam…. it’s fine for summer programs but not appropriate for most. 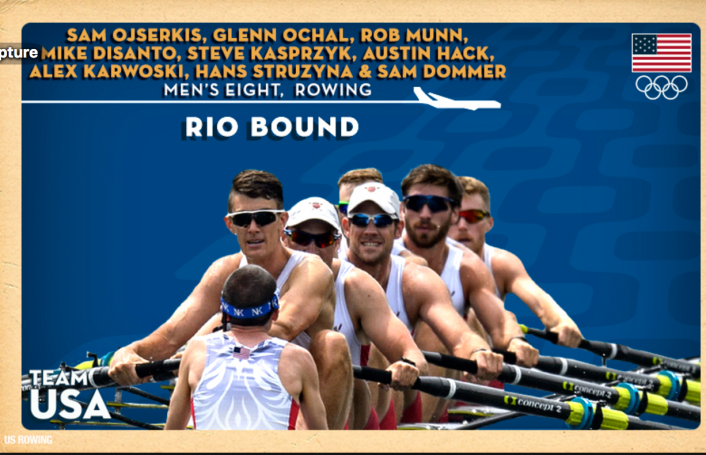 The new regime is as bad as the previous one – new HP director, new committee, new directors but the same old attitude.

Let me give an example from last week.  The coaches mandated that all Princeton Training Center athletes had to go to Boston for the Crash B event.  But they were given no means of paying to get there – no per diem, no money – even though there was a 15 seater van in the Training Center car park but they weren’t allowed to use it.

And yet all the coaches and support staff got expenses paid.

Most of the athletes are just out of college and have no money.  The US Rowing organization gives them no money and then US Rowing makes it mandatory to travel to an event without paying for travel.  This gives the athletes a clear message – they don’t care about you.  Yet US Rowing is happy to pay an intern to go up and collect their scores which they could pull off the internet anyway. It’s a joke if it was not so serious.

The other 3 big insights from the book are:

US Rowing does not deliver results with the rowers.

Not a single Rio rower returned to the Princeton Camp.  They do not want to drink from that poison well again.  Well-prepared and motivated rowers will produce medals.  The previous 120 years have proven that.  This is the first Olympic Games the men did not win a medal…. that is a goose egg.  And nobody lost their job.  Almost unbelievable, but with US Rowing, anything is possible.

But this needs change to start at the fundamentals – changing the board is not enough.  Everyone involved needs to be replaced for the culture to change.

Rowperfect are the Rowing Education Experts

Get your rowing questions answered.  Join 5,500 rowing fans who read our independent weekly newsletter – sign up below.

One thought on “Sean Colgan reflects on US Rowing changes”

Posted on July 30, 2012October 28, 2020 by Ben Rodford
Day 3 started with repechages for the events from day one. The drama of these races, where Olympic… read more

Posted on March 21, 2016October 23, 2020 by Rebecca Caroe
A strong appeal from Martin Cross – respected journalist and Olympian – for FISA to get more radical… read more

Posted on July 31, 2012October 28, 2020 by Ben Rodford
Grey skies at Dorney this morning but the rain has stopped during morning practice so it’s dry for… read more