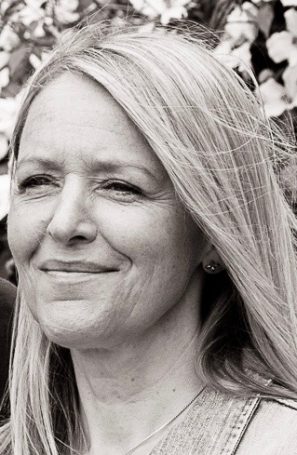 Eira Parry is originally from a teaching background; she worked in both primary and secondary education. Seeing the need for parents to learn how to support their child through sport, she launched High Performance Parenting to teach the skills.

Throughout her teaching career, she was involved in coaching rowing and many of her athletes achieved national titles and international representation. Sophie Hosking, Olympic Champion in lightweight women’s double sculls at London 2012 was a member of Eira’s squad at her school.

Eira then worked as a coach on British Rowing’s Start Scheme, her remit was to find new Olympians (not as glamorous as it sounds!) In this role she worked with athletes from age 13 up to 30, taking them from their very first outing in a boat, through to making it on to national teams. Notable members of Eira’s squad were Helen Glover and Heather Stanning, double Olympic Champions in the W2-, and Olivia Carnegie-Brown who won a silver medal in Rio in the W8+.

As part of her coaching role, Eira developed relationships with athlete’s families, particularly their parents. And although she was all too aware of the importance of the parents’ role in a young athlete’s development, as a busy coach there wasn’t always the time to prioritize their needs.

And thus High-Performance Parenting was born. A not-for-profit organization, offering a support service for parents of young athletes involved in any sport at any level. HPP runs seminars, workshops and 1-2-1 sessions looking at subjects such as nutrition, anti-doping, sport/life balance and talking to a child about their sport.

As well as supporting and advising parents, HPP offers a great opportunity for parents to feedback to coaches, thus

streamlining and synergizing the parent/coach relationship.

Eira is passionate that the journey in sport should be positive and offer opportunities for growth and learning, for athletes, coaches and parents alike.

Posted on June 12, 2015October 28, 2020 by Rebecca Caroe
RowingChat June guest – John Faulkner John established himself as a coach back in the 1970s and is expert… read more

I can’t listen live to RowingChat – do you record them?

Posted on April 21, 2016October 23, 2020 by Rebecca Caroe
Being based in India, it is difficult to listen to these sessions live given the time difference. Could… read more

Posted on September 22, 2017October 14, 2020 by Rebecca Caroe
Going on rowing camp is an experience which many never get – today we are with two expert… read more