News reporting for rowing events has lagged behind in innovations until recently, with the advent of the drone camera at Henley Royal Regatta and now at the World Rowing Championships – the photos below were shared by Robert Treharne Jones (thanks)! 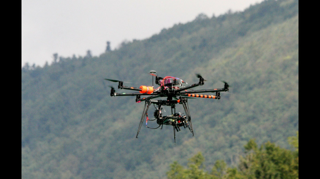 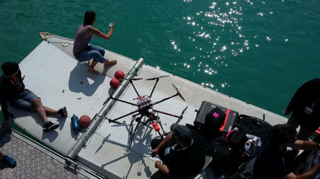 Social media means there are lots of fabulous news streams delivering our friends’ updates but the availability of professional journalism has taken a corresponding nose dive.

Rachel Quarrel published a tongue-lashing to her employers at The Telegraph newspaper over their lack of support for the rowing media coverage she writes for them.  Interestingly she reports a different perception of “public interest” from the print and digital media teams.

She asked for displays of support and discussion from her readers – and got 50 comments on her most recent article – but compared to other ones getting 0 to 4 comments, this is unrepresentative.

Audio commentary has similarly changed – FISA invests heavily in its on-site team and is widely cited to be doing a fantastic job.  Sadly the TV channels insist on re-hiring the same old commentary teams whose dull descriptions and bloopers cause howls of derision on social media.  When will they realise that a retired athlete is NOT a skilled commentator?  Use them, but do it in concert with a commentator who can actually describe the racing and give insight for the viewer into why the race is developing in this way.  Much as I revered Dan Topolski for his talents, describing racing was not one of his skills – he said the same old stuff over and over and bored me to hell.

Television rights are auctioned to raise money and protected country by country.  Despite the FISA WorldRowing website offering live streaming audio to anyone tuning in during racing, the “video was not available in your country” message showed up for most of us.  Bloody annoying.  I even tried masked IP address browsing from Afghanistan, France and other likely choices but to no avail, it seems everywhere was “not available”.

Fans want to watch top quality rowing.  Many of us can use online sources and it’s now clear that we have to tell FISA what we want – or else we’ll be left with second hand reporting from second class sources for ever.

So what should we, the rowing fans demand?

Is this too much to ask?

Save the Eton Mission Rowing Club

Posted on July 18, 2011October 23, 2020 by Rebecca Caroe
Inside Eton Mission Rowing Club We are supporting one of East London’s oldest rowing clubs by reproducing a… read more