Today’s RowingChat with Drew Ginn covered a lot of topics – we tweeted alongside the event live.  Here’s a summary of what we learned taken from our Twitter feed.

I did every sport – Bram was my maths teacher – he identified a keen student. I went swimming in the Yarra River but not how to get back in the boat

Sitting in the coach boat is really cold!

In the boat you’re aware of the crew, water and the demand of the coach but the true connection and engagement from the speed boat is different.
Credibility with senior coaches is tough. Developing trust in our coaching group. I coach the coaches – I’m not a threat nor am I still the athlete.

Head coach integration – is about bringing the national team together from a technical perspective.

We tried to centralise in Australia at AIS 8 years ago. We realised not fighting the geographic situation

Can athletes train full time? Yes to win the #Olympic Games. It may take 2-3 cycles to get the best out of athletes.

Should the finish be through the heel or toe? When I started it was toe but later in my career we focused on holding heel down.

With feet out you have to keep heel down – add square blades, at higher stroke rates. Teach to push, press and hold the load.
The sensation of ‘carving the blade out’ around the finish. Get a load early and learn how to hang long so the release is holding load in the hands with super-relaxed release

I blend the legs and back. I like the intent of legs / body / arm. It’s easier at 18spm than 36. I’m comfortable with simultaneous if it adds to boat speed.

If the handle and seat move together then it’s an indication of good co-ordination. The disaster is handle coming before the seat.
My greatest frustration is how we row the catch. The recovery dictates this. Hwts don’t have Lwts skill at catch.
The kiwi pair has a perfect recovery – the handle moves continuously.
The best athletes have confidence to know where the catch is.
My 1999 pair was a sublime race and pretty much the same in 2007 with Duncan Free.

#kiwipair row the rhythm of the boat really well at that speed. They get more out of the boat out of the water than others.
In all honesty I would have loved to compete with #kiwipair but I don’t think I’d have beaten them.

The pair is one of the biggest improvements since early 90s. Athletes are respectful to what went before them.

1998 rowing with Mike McKay I got injured. I flexed lower thoracic and stretched it more and we won Luzern.

Injury is helpful as long as it doesn’t divert your career significantly.
Most of my injuries weren’t in the boat – doing weights, playing frisbee or touch rugby

I thought I was invincible – my first injury was doing squats in the gym. Taught me to be sensible, listen to my body.

I learnt belly breathing from yoga – you don’t have to use the rib cage – use diaphragm and pelvic floor muscles.

I became aware of my feet – experiment with wider shoe plates, and floating foot stretchers

If you can do less in the heat/semi than the other competitors you save energy for the final.

In the Oarsome Foursome they were masters at concealing how hard they were working. Conserve Energy. Mentally bounce back fast.

Learn how to switch on and switch off manages stress levels through competition. Teach young athletes how to do this.

Only think about the race for 30 minutes the night before. Lower arousal levels so you can go to sleep.

Patient hands don’t make the boat go faster – the drive does and the rhythm on the recovery.

Take time as the blade releases and be deliberate around the back.
I always enjoyed journaling as an athlete. I started posting online a blog about movement, life and rowing.

YouTube was me being lazy – it was easier to upload film than write. My Dad criticised my spelling, grammar and punctuation.
I learnt heaps from watching crew videos especially the Italians, British.
Hand speed around the turn gives a speed bump increase but you get onto your feet too early.

Softer knees produce a greater average boat velocity.
I like the idea of adapting to the speed of the boat. At rate 40 you have to be supremely relaxed.

How does Australian team training compare to GBR?

We did C2 tests on sliders up to London 2012 – Sliders are easy – the loading isn’t like a rowing boat but the speed is like a rowing boat.
For 18 months I tested on both sliders and non-slider. After slider test I recovered more quickly after. Ratings were up – 2k test at 40 spm. Stationary 32-34.

Leg drive now ridiculously fast – and we’re not moving the boat very well. Set up a false sense of performance.

I think if you train indoors, stationery, slider, Rowperfect all work – training different stimulus is the benefit of indoors. Load, unload.
The world standard scores are done on stationary ergs. @concept2
Don’t mimic what an international rower looks like. Do the basics right.
When the Canadians had their distinctive style – Spraklen coached holding the blade in the water longer – we saw a layback. Not the intent of the coach.

Advice for a young rower – ask a lot of questions. It doesn’t matter if you aren’t in an elite club. Find out info on good training method, support coaching.

Motivation goes a long way – it takes a bit longer. It took me 8 years to feel comfortable in the sport. A school kid isn’t up to train for 8 years to get success.

I don’t know anything about masters! It’s the same principles as we work on with school kids and seniors.

The need for older athletes to do more threshold and high intensity work.
Dealing with behavioural issues – we tell athletes ‘you stuffed up’ now get back on the task of doing the job properly.

People need to know the boundaries. The ability to have a joke on the water, have a good time – it’s more enjoyable when you’re going fast.
I’m keener to get a group of people together to write a book about rowing and performance. Putting the stories together.

The list of nominees for the Tommy Keller Medal – I looked at Eskild Ebberson who got it last year – I think there’s a great history in our sport.

Some of the great people who don’t get recognised too.
#Rowingchat with Drew Ginn http://www.ustream.tv/channel/rowingchat

Posted on August 7, 2013October 29, 2020 by Tobi
A Regatta to remember Chris George, the ex-University of London oarsman has had a Henley to remember. On… read more 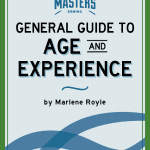 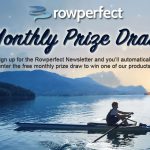 Posted on October 14, 2018May 21, 2021 by Rebecca Caroe
Each month subscribers to the Rowperfect newsletter are included in a free prize draw to win one of… read more