As anyone who is participating in an office footy tipping competition can attest, trying to pick winners week to week in any sport often feels like an exercise in futility. With a few notable exceptions (that’s the topic of a whole other edition – so stay tuned) there seems to be a ‘Jekyll and Hyde’ element to many performances which has many of the participants and onlookers perplexed and tearing their hair out. At the elite level, you don’t have to wait long in a post-match press conference to hear someone voice their frustration at the dramatic turnaround in fortunes as they have gone from ‘world beaters’ in practice to a ‘rabble’ on game day. This brief article will explore some of the reasons behind inconsistent performances and conclude with a few tips on how to attempt a move towards The Holy Grail: Performance Consistency.

We call Performance Consistency the Holy Grail because it’s the ultimate sport and performance goal (for non-Monty Python fans / religious readers, the Holy Grail was the cup used by Christ at the Last Supper which has been the quest by various pilgrims for centuries). Every athlete, coach or performer knows what it’s like to hit that ‘purple patch’ where everything just seems to click into place. It might only last for a few seconds or could last for a whole day or two and terms such as ‘in the zone’ or ‘flow’ might come to mind when describing this aligning of the stars. This of course is not Performance Consistency as inevitability – and normally inexplicably – it comes to end (often a sudden and ugly one). Performance Consistency occurs when you can extend this purple patch to a few weeks, a whole season, or even an entire career.

But first, what causes Performance Inconsistency?

There are probably dozens of major reasons, but the most common would have to be the way in which performance reviews are done and a misunderstanding about the amount of influence we have on our performance results (outcomes). In its simplest form ‘a performance’ is probably the consequence of about 25 to 30 areas of effort (that we put into 5 categories, one being mental toughness) and at least the same number of uncontrollable elements such as genetics. After a particular performance it’s very common for the performer to ‘assign’ reasons for the result. For example, “I played really well because I have a new coach,” or “I played poorly because I have been out injured.” This then often leads to doing more of the things that you thought caused the ‘good performance’ and / or less of that which you believed caused the performance decline. And so begins the Performance Rollercoaster – the very opposite of Performance Consistency as effort becomes reactive (emotional) rather than premeditated (rational).

What makes a winning performance?

The reality is, you will never know exactly what ingredients went into making up a performance: at best (and this is assuming you record your training endeavours down to the minute) you might be able to develop a hunch that links some elements of effort to some variations in results, with a whole heap of unknowns leftover.  Thoughts and beliefs are just that – thoughts and beliefs – and although they can feel incredibly reliable the truth is they are perceptions, not facts. So when you say “the reason why my performance was so great was due to X, Y or Z,” ask yourself if this is a fact or a thought that seems factual (they are very different).

But there might be an easier way, and it forms one of the key elements of our mental toughness training [Metuf™] here at Condor Performance. It goes by the name of ‘Simplifying It’, a mental method that encourages the performer to embrace several key ideas. First, plan your effort without factoring in results. Just consider what you believe might be worth spending time on without the distraction of strengths and weaknesses or good and bad. Second, ensure the effort is broken down into very clear categories and make sure you don’t end up with too many of them (a great analogy is the way the world is broken down: first continents, then countries, then states etc.). Finally, make sure you ‘buy into’ the 4 laws of effort below. If it were me, I’d copy and paste them into a Word document, max the font size so they take up the whole of an A4 sheet, print a dozen copies and then put them up as mini posters at home, where I study / work and where I train:

One thought on “How to get rowing performance consistency”

Rigging for people of different heights and widths, Part 1

How to row brilliantly well every day

Posted on February 10, 2014October 22, 2020 by Rebecca Caroe
More for our psychology month – this time we take Dr Alan Watkins’ talk about how the human… read more 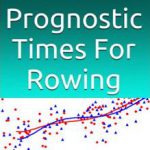 Posted on January 13, 2020October 14, 2020 by Ainhoa
How to use prognostic times coaching rowing How fast do my crews have to be to win a… read more