Breathing is something that we do every day and most of us don’t even think about when and how we breathe. Breathing 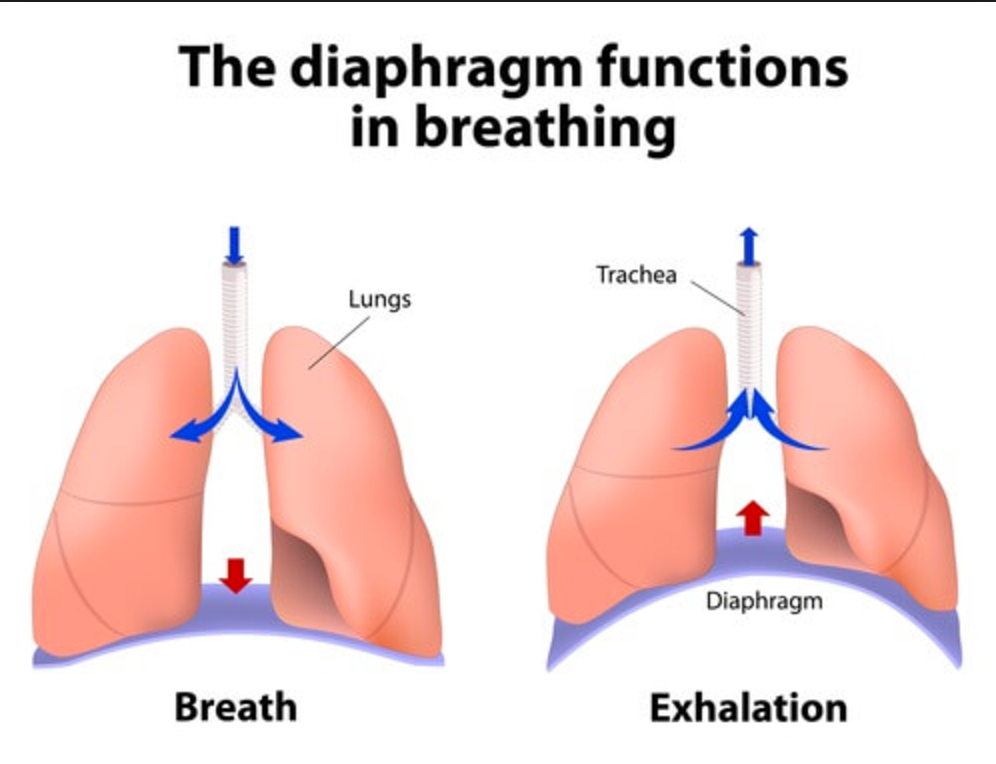 process moves air in and out of the lungs to allow diffusion of oxygen and carbon dioxide. We as human beings require oxygen at cellular level for our body to function. The respiratory center in our brains (Medulla) is responsible for control of ventilation as breathing is often called. Regulation of pH levels in our body is also done through breathing.

Movement of air in and out of the lungs is caused by changes in the thoracic volume.

How does breathing happen?

Inspiration (inhalation) at rest begins with the contraction of your diaphragm and use of external intercostal muscles. Inhalation lowers the floor of the thorax while lifting the ribs up and out and this allows us to take in more air.  The opposite happens at the expiration (exhalation) where the diaphragm and intercostal muscles relax and recoil (bounce back to original position) while pushing the air out. In sports and the exercise world breathing is a must and there are several breathing patterns for different sports. Every repetition or exercise should have both an inhale and exhale part.

During exercise inhalation movements are assisted by accessory inspiratory muscles which include neck and trapezius muscles. The function of these muscles is to lift the ribs and clavicle (collar bones) allowing larger amount of air in our lungs during exercise.

Rowing is named as one of the hardest endurance sports and proper breathing is very important to be able to sustain the amount of work. As a coach, I always teach my athletes proper breathing technique.

This is something that must be trained daily. For some athletes a correct breathing pattern is harder to learn than the rowing motion and it is the coach’s job to make sure the athlete is breathing properly. This is especially important during hard training loads and workouts.

The best pace to practice breathing is at lower stroke rates 14-18 SPM. This slower pace allows athletes to focus on each part of the breath.

How to train your rowing breathing

During exercise the rowing stroke exhalation should be loud and noticeable. At this point breathing (exhalation) becomes active and forced. This forced exhalation allows smaller intercostal and accessory muscles to stretch which greatly increases the maximal rate and amount of air flow. By forcing the exhalation, we can drastically increase the amount of air without necessarily increasing the breathing frequency. It is important to note that as the rowing speed increases, the breathing frequency should increase as well. You do not want to breathe like fish at stroke rate 32!

Next time when you sit on the rowing machine, pay attention to your breathing!

Your breathing pattern should become mechanical, followed by each inhale at the catch and the exhale at the finish.

Originally from Serbia, Misha Jezdanov was a member of the Yugoslavian/Serbian national rowing team for 6 years as a coxswain. Competed at 3 worlds and was world champion in 1995. Misha has been in USA these past 16 years coaching rowing.

7 thoughts on “Proper Breathing in Rowing” 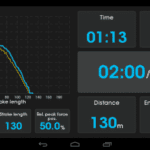 Posted on February 13, 2014October 22, 2020 by Rebecca Caroe
If you row near Chicago USA you should get to know the Rowing Group. Not only do they… read more

Posted on January 23, 2013October 23, 2020 by Rebecca Caroe
Rowing bloggers give us all huge insight and pleasure.  Rowperfect thinks it’s time they got rewarded for their… read more