Kim Crow of Asutralia, doubling up in W1x and W2x, leads Emma  Twigg of New Zealand by just under a length at 500m. The German sculler is in third by clear water. Kim Crow has a smooth drive and connects from the footplate to the spoon throughout the drive. Twigg is two lengths behind but well ahead of the german. Crow can relax coming into the second half; a good strategy for her busy schedule. Twigg not as smooth as Crow and checks the boat slightly into the catch. Crow wins by two lengths over Twigg. It’s about 5 lengths back to the German. Far more to Mexico and Paraguay who are close. Iran finishes well back.

Pretty tight in this one at 500m. The Czech sculler is half a length up on Sweden. The Irish sculler is in third, a length back, but the USA and Cuban scullers are chasing closely. Overhead camera looks back on the chevron of the approaching race. Czech sculler strong with the legs pulls out to a three length lead coming into 500m. Pressure for the second and third positions. Sweden and USA racing for the second place. Ireland and Cuba for fourth. USA sculler pushes through in second. Czech win. USA second. Sweden third. Ireland miss out.

A few spots of rain hitting the FISA grandstand. Raincoats being put on but no umbrellas popping up yet.

China out in front by clear water at 500m. Russian in second; Lithuania third, four feet back. The Chinese sculler slightly jerky at the catch with a tiny delay between placement and connection. The Chinese sculler two lengths up at 1500m. Topthree look comfortable as Lithuania sits just behind Russia. These three have three or four lengths clear water back to Zimbabwe in fourth. Argentina fifth; Thailand sixth. This is how it will finish. Big shout from FISA stand for the Lithuanian sculler but the Russian is the only one to drive to the finish. She closes to within a length of the Chinese who paddles over the line.

Karsten of Belarus cruises through the first 500m in second place. She is led by the Danish sculler who is over-rating her by three or four pips and half a length up. Karsten is typically rating lower than the rest of the field but putting in long, strong strokes. These two scullers have opened up a big gap over the rest. Overhead shot shows scullers being pushed slightly over in their lanes by the crosswind. Karsten now pulling level but the Danish sculler, Erichsen, pushes slightly to increase her lead into 250m. The Japanese sculler is in third, well back from the leaders. She is untroubled and has three lengths over fourth place.

Look After Your Equipment

Gearoid Towey updates us on the weather in Beijing

Posted on August 13, 2008October 23, 2020 by Rebecca Caroe
Gearoid Towey is writing for the Irish Times Rain and result fail to dampen spirits With the Olympics… read more 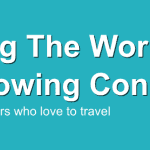 Posted on January 22, 2017October 15, 2020 by Rebecca Caroe
Ruth Marr at Rowing the World presented at the US Rowing Convention about club development for rowing and new… read more