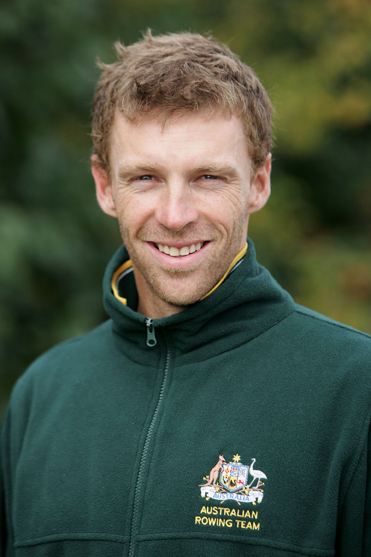 Drew Ginn, Olympic rowing champion and now the National Head Coach of the National Rowing Centre of Excellence in Australia, comes to us for an interview this May the 27th on RowingChat.

Drew has unparalleled expertise in the sport (especially from an athlete’s perspective). He took home gold at Olympics of 1996, 2004 and 2008 and silver in 2012. For the Rowing World Championships he grabbed gold in 1998 (in Coxed Four with an additional silver in Coxless Pair), 1999 (Coxless pair), 2003 (Coxless pair), 2006 (Coxless pair), and 2007 (Coxless pair). Additionally in 2009 Drew took is powerful rowing legs on a test run in Cycling, winning the Oceania time trial championships.

His rowing experience is centered around Men’s Pair rowing, however he has raced in many variations of rowing throughout his career.

The decorated Olympic rowing champion has also had much experience with injuries throughout his rowing career which have challenged his ability to compete. He overcame these setbacks, however, and rowed right back onto the world stage.

With a talent for technique and stunning power, you’re sure to pick up a few tips and tricks from this rowing legend in our upcoming RowingChat podcast interview.

You can expect Drew to bring discussion topics such as…

Posted on January 11, 2013October 23, 2020 by Rebecca Caroe
Here’s your weekly opportunity to enjoy tales from others who also love rowing. This weekly round-up is for… read more 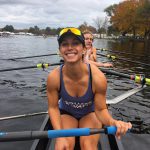 Rhythm in the rowing stroke

Posted on June 19, 2018October 21, 2020 by Rebecca Caroe
Sara Lombardi from Rowfficient writes While a bit controversial, we do believe in ONE most efficient rhythm to… read more

Posted on September 25, 2017October 28, 2020 by Rebecca Caroe
Many coaches use drills and exercises to teach good technique.  We had an enquiry about what the best… read more