Final: Australia, Netherlands, USA, Canada, Romania, Great Britain.  Watch that Dutch orange boat moving out to the slimmest of early leads over USA .  British women and Romania in the side lanes and not looking fancied at this point.   USA with quarter lf alength at 500m with Netherlands a second behind and Canada 1.5 seconds.  The strength and determination of Mary Whipple the USA cox and her crew are so obvious aas they are now at 2/3 length ahead of the field.   Dutch falling behind the Canadians now into third place but both of them trailing in the wake of the Americans at half way.  Romania challenging the Netherlands for third now as they move into the third 500meters.  America now 3/4 length in the lead and Canada maintaining their second place but Holland is still in the race and now pushing hard to get back on the Canadians.  These three now moving far in front of the other crews.  Go ORANGE!  Last 500m and USA still 2/3 length ahead of Canada and Netherlands 1/4 behind.  Dutch start to sprint early and working back the canvas they are down on Canada.  America unchallenged in the lad but Canada closing down a bit.  Dutch sprint again.  Canada  nudging back on the USA.  Last 150 meter.  USA now half a length in front of Canada.  Dutch a quarter of a length behind the Canadians.

David Tanner – the Road to Beijing

Posted on January 26, 2008October 23, 2020 by Rebecca Caroe
The Post Athens Perspective Rowing without Pinsent and Redgrave =Building on the results from 2004 3 medals for… read more 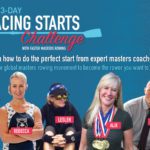 If you could improve your starts would you do it?

Not too late to join the Prize Draw for a Coxmate

Posted on December 21, 2011October 21, 2020 by Rebecca Caroe
Following our advert in UK Rowing and Regatta Magazine we confirm that the January prize draw will be… read more