A guest post series by Mike Landers of Marlow Rowing Club.There are 3 parts… click the links at the bottom. 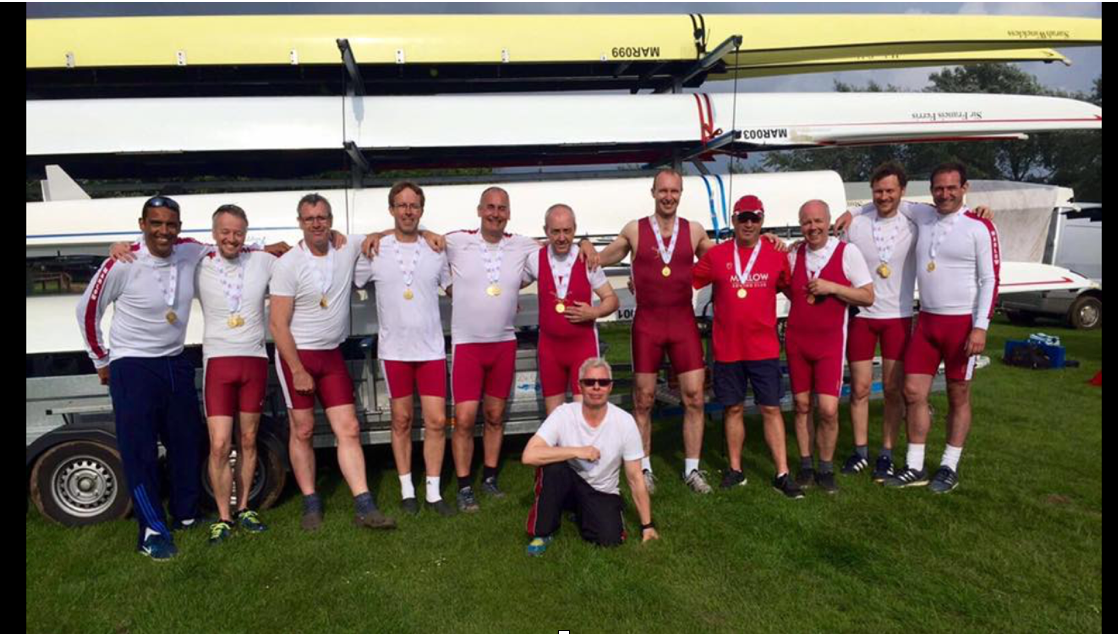 You might have read Daniel Brown’s gripping account of the University of Washington crew who overcame outrageous odds to clinch gold at the 1936 Olympics. I read it enthralled, all 350 pages in one sitting and although the crew ultimately triumphed for me the book was tinged with sadness. Olympic gold represented the summit of the crews many achievements but it also marked the end of their rowing careers with almost all of them retiring in their early twenties to raise families and take up careers, still years short of their athletic peak.

Possibly the most uplifting of the many silent revolutions we’ve witnessed over the last fifty years has been the move away from sport being the preserve of the young to being something accessible to people right across the age spectrum. My dad (born 1934 and thankfully still hale and hearty) was typical of his generation. He played football every weekend until he was 26 when twin boys followed closely by two girls absorbed what little time, cash or energy he had. The next time he did any “sport” was in 1980 when, inspired by Coe and Ovett’s middle distance battles he donned a pair of suspiciously clean Dunlop green flash and set off up our driveway calling over his shoulder ‘surely if they can do a mile in 4 minutes I can do one in 8’. Before he was out of breath or sight he’d torn a hamstring. Sympathy was in short supply. I vaguely recall saying “What do you expect at 46?”‘ The Dunlop green flash were dumped in the bin later that day.

Fast forward a third of a century and I’ve arrived at my mid 50s, ten years beyond my dad’s age when he set out to emulate Seb and Steve. I haven’t managed to emulate them either but I have managed to enjoy an extra 25 years of great exercise and banter having found rowing at 33. I was out paddling last week and was pleasantly surprised to find myself catching another sculler. A discreet squeeze on the finish narrowed the gap further and 20 on the legs sealed a victory of sorts. I was told later I’d chased down Shaun, who’s 88 and was born 5 years before The Boys In The Boat had even seen a boat. For me Shaun is a brilliant advert for our lifelong sport.

In the next article, I’ll write about how a Learn to Row group can be an asset to a rowing club

Posted on October 28, 2020 by Tom Wall
Here are some photos I took of Olivia Cook of Thames RC who won a Coxmate SCT in… read more

Posted on January 13, 2016October 23, 2020 by Rebecca Caroe
I am getting very excited about next week’s RowingChat with Marlene Royle.  She’s an expert coach specialising in… read more

Posted on November 24, 2006October 23, 2020 by Rebecca Caroe
We were invited by the Lea RC to visit their club night and work with the coaches and… read more