It’s time like these, when my body, immunity and mental state are right on the edge due to extreme tiredness, that I tend to forget about by the end of the season – particularly when it finishes on a high!

It’s been a tough few weeks of training and while it has meant surviving some hard training sessions (layered upon more hard training sessions) it also brings a great deal of satisfaction. There’s nothing like finishing the week having completely emptied the tank and knowing you’ve given everything.  The reward, an afternoon on the couch followed by the traditional end of the week meal, a huge and delicious lamb roast.

One of the high points amongst this heavy training has been watching the first World Cup regatta and getting excited about racing! It was nice to be able to sit back and watch it on television and see how everyone stacks up early in the international season. We also had our own winter series regatta at the same time as the World Cup.

It’s a great feeling to get back into racing and really use all this training, a reminder of why we do it! Just one short week until we will finally be heading to race at the World Cup in Lucerne. I can’t wait to collapse onto the plane after another week’s training, packing and sorting out our house and animals for the next three months and totally focus on the next three months leading up to the London Olympics.

Posted on October 31, 2010October 22, 2020 by Rebecca Caroe
Arriving at Lake Karapiro, for the World Championships yesterday on Air New Zealand we were delighted by their… read more 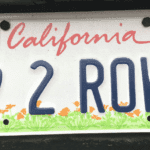 Posted on January 19, 2018October 14, 2020 by Rebecca Caroe
Over on the Masters Rowing International Facebook page we’ve got a supeb discussion thread going on about Car… read more

Posted on April 8, 2010October 8, 2020 by Rebecca Caroe
Stesha Carls biography WOLF – Is there a ginger bias in rowing? CARLE – Well, seeing how I… read more