Leonora started following us on Twitter and we couldn’t resist the opportunity to get in touch and find out more about this up-coming athlete. 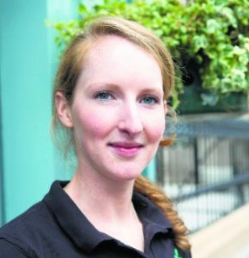 What’s been the main challenges for you racing the pair?

Getting connected! And steering! A pair has one blade on strokeside, and one blade on bowside which means you and your pairs partner must move in complete unison with one and other. This can be your friend or your foe depending on the day! Lisa and I have been rowing in a pair since March this year, and I suppose racing in a new combination is a challenge, but it’s also very exciting. Eventually racing together will become intuitive, and we’re learning new things about moving the pair every session, and every race we compete in. I love it!

What training do you do on Rowperfect?

Any session that we have on our program as an ergo session, I do as a Rowperfect session. Apart from a 2k test, which I would do on an ergo. So, if we have an 18k ergo scheduled on our program, my session would be 3×25 mins with 90 seconds rest on the Rowperfect.

A lot of sessions are on the water at the moment, but if we can’t get out due to bad weather I would either do a Rowperfect session or a Wattbike.  Other sessions I’ve done on the Rowperfect are: 90 min fartlek, which would be broken up into 3×30 minute blocks with an increase in intesity and rate for 15 strokes every five minutes. My most recent sessions on the Rowperfect was a 3k piece at around rate 28, and 10×1 minutes with one minute rest in between. One minute as hard as you can go with one minute rest repeated 10 times…  That was a tough session!

Who’s your coach and what do they think about RP?

My coach is Don McLachlan, he is a native Kiwi, but is loving Ireland. He is a big advocate of the Rowperfect.

In fact he actually trains on them himself, he also figures out how he’s going to improve his athletes techniques by simulating what they do on the Rowperfect. He uses them for some technical sessions, it’s a really good way of getting sensory feedback similar to the water. And you can also relate what you are feeling, to the curve you are producing in front of you.

Tell us about your injury and recovery – how did Rowperfect help?

This season I had a rib injury from October until January.  The physiotherapists who look after us at rowing Ireland – Sarah-Jane McDonnell, and Sinead Murphy – figured out that having a weak left glute, and a weak right shoulder, which meant I was taking a lot of pressure on my rib cartilage on my right hand side. So I spent most of the winter on the bike, doing high rep/low weight lower body weights, reformer, and a lot of core stability.  Eventually when my rib was no longer painful it was a very exciting day when I was allowed to do five minutes on the Rowperfect!

My main session were still on the bike at this time but I was allowed to gradually increase my time on the Rowperfect by five minutes every other day as long as I had no rib pain, it was like all my Christmasses had come at once when I got up to 45 minutes. This meant I was ready to go on the water!

The Rowperfect was key in my recovery, it meant I could gradually build up the intensity of the rowing movement, but also help me with making, and holding technical changes during my rehabilitation. 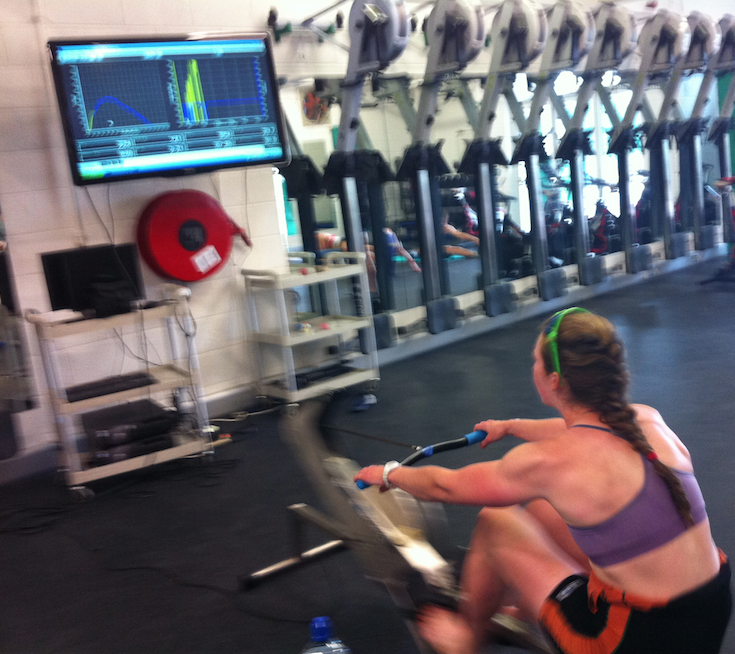 Was there any hindrance to switching from GBR to IRE?

Well obviously Ireland were delighted! I was always in the development side of things within the GB system, and made my way into the team after April trials in 2013, but I couldn’t let down the opportunity of moving to Ireland.

I knew I would get further with Don coaching me than I would do within the British system. A new rule came in, in 2013: you can’t row for another country for two years after representing a different country at a championship event. So I was just in time!

Rowing was in my blood really! My mum and dad both rowed and met through rowing, my mum was a founding member of University College Dublin women’s boat club, and my dad rowed at two Olympics for Ireland. I have two older brothers and they both rowed, and played other sports. My dad used to coach the local rowing club in Enniskillen, where I grew up. So many of my childhood weekends were spent travelling around the country to different regattas, being left to play with children of Mum and Dad’s friends (who I still keep in touch with today), or minding the dog, and the picnic.

I played lots of different sports at school, but we could only start rowing at Enniskillen rowing club when you were in the last two years of secondary school, so it felt like a rite of passage when my time eventually came along.

I spent a few years at university in London, grew attached to Putney and rowed at Thames Rowing Club, and Imperial College Boat Club while I was there. I was part of the GB rowing team from 2009 until 2012 winning U23 gold medal, world university gold medal, and a European bronze medal during my time. In 2013 I had the opportunity to move home and follow my dream of rowing for Ireland.  My coach from Imperial (Don McLachlan) had taken up the head coaching job at Rowing Ireland, so the seed was planted in my head, and the dream grew into reality.  In 2013 I raced at the World Championships for Ireland in a double scull, this season I am taking on the world racing in a pair with Lisa Dilleen.

I couldn’t have got to the stage I am at without the help, and support of my family, the Mary Peter’s trust, Dale Farm academy, and Fermanagh recreational trust. I will be eternally grateful to them for aiding me in following my dream.

How do you improve your rowing for bad weather conditions?

Posted on June 3, 2011October 23, 2020 by Mohit Gianchandani
Look at this video and make your own conclusions. This videos was taken during a training session at… read more

Posted on September 24, 2018October 15, 2020 by Strength Coach Roundtable
We’re back! Blake and Joe and I had a great and wide-ranging discussion on low back pain in… read more