Duncan Grant lost his race in the Diamond Sculls and we caught up with him in the press box….

I had a very poor start and washed out my first couple of strokes and when you racing a guy who you know is world class – I handed the race to him pretty much from the start.

The conditions weren’t too bad – there’s a breeze but the water wasn’t too unfair and the flow isn’t as strong  as it has been in  the last 2 weeks…. the boat swirled around and I left my blade behind at the finish of that first stroke.

Is your Olympic Dream over?

I’ve been on the national team since being U23 in 2002 and was in the LM2x that tried to qualify in 2004… I had 2 stress fractures but our chances were slim and we didn’t make it.  2008 I spent most of the summer on my back with tendonitis and knees and back.  Watched Peter and Storm become the preferred pairing for the double… they gelled and performed very strongly since then.  That left me in the single until this year when I was in the LM4- and we missed out by 1 second…. after that I decided that since I have a single here in UK and I’d come and have a crack at the Diamonds.

I fancied my chances because in an Olympic year the field is more open with no Mahe and Alan Campbell. I felt good I’ve had 5 weeks back in the single but everything can fall apart with a few bad strokes…

What does the future hold for you?

I’m 32 and I will head home on Wednesday and decide my options – I’ll row again through the summer and be part of the summer training squad in New Zealand.  Trials are next March – there are a lot of younger guys coming through.  The Olympics is eluding me; it’s not the easiest thing to get to – my road has been rocky.  I’ll take it year by year…I’d rather be competing than watching from the stands.

Have you got any advice for young lightweights?

Lightweight rowing is really competitive – don’t be put off by when you are just starting and not getting the results you hope for.  There’s a learning curve and unless you’re surrounded by people with experience it can take a few years to work out.

Are there any secrets?

Train hard and enjoy it.

I want a cheap rearview video for my single 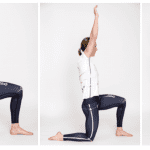