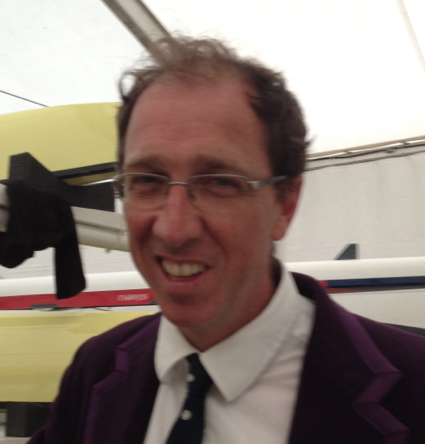 What was the most difficult part of being a new team?

Trying to explain to people the performance culture and standards for high performance – the training needed and the erg scores.   People needed to understand that they’re accountable for things they do well and things they do badly. For example: we set a cut-off ergo score and athletes say “I was 0.1 seconds off and feeling a bit ill and I’ve gone faster last year” and we say “No, you didn’t hit the cut off”.  People needed to learn that’s the way we are running it. quickly people realized that we meant it.

We took over national rowing to develop a system so that when we leave it’s in place and someone can carry on… filling a pipeline with athletes so there’s sustainability.

We have 1 girl qualified for the Olympics and 5 U23 crews and 3 junior crews. Last year our womens single won Ireland’s first ever junior medal.  A lot of girls are now getting scholarships to US universities to study and continue rowing.

How do you handle athletes training overseas and trialling for Ireland? Rob has visited US and built relationships with their coaches.  We encourage athletes to take the opportunities offered by American University rowing programmes.

How many people row  in Ireland?  About  3 -4,000 we have mainly clubs and 6 universities plus some schools.  There are now 11 people training at the Cork national training centre…. we are struggling to get right number of athletes.

How to Cox a Masters Rowing Crew

Posted on October 24, 2012October 28, 2020 by Raf Wyatt
So you’ve succumbed to the entreaties of the Masters rowers in your Club and agreed to cox them… read more

How to choose which single scull to buy

Posted on September 3, 2013October 22, 2020 by Rebecca Caroe
A reader asks “Enquired about a single scull for sale but it sold before I got back from… read more