Another fine day at Henley as records tumbled and crews got beaten by underdogs.  Records for the Barrier were set in the Fawley and Remenham events and a record to Fawley in the Double Sculls by the French crew.  Clearly the wind has dropped. 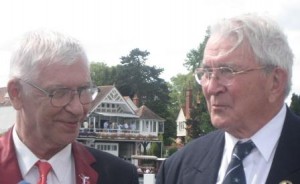