Next are the men’s Club events.

Thames Rowing Club are the defending champions and they have two crews entered again this year, but neither of them are priority boats for the Putney based club so coach Ben Lewis isn’t too confident about his charges ability to retain their title.

Only one of the Selected crews, Molesey, are British. They are definitely the strongest contenders of the home crews. Winners of Senior 8’s at Marlow Regatta the crew includes junior internationals Chris Lawrie and George Stewart along with Henley winner Luke Moon. They are coxed by GB squad cox Henry Fieldman

One of the main contenders among the foreign Selected crews are See-Club Luzern of Switzerland. They are the Swiss national champions for the last 2 years and have been undefeated for over a year. They won the men’s 8 at the Aiguebelette International Regatta and they are targeting Henley as the highlight of their season.

Sydney Rowing Club Australia are entering an eight at Henley for the first time in 17 years although the boat contains several athletes who raced in the Sydney RC Wyfold four last year. They are a young crew and won the U21 coxed four event at the Sydney International Regatta.

Bayer Leverkusen are returning to Henley for revenge having lost in the final last year, but the 2016 crew only contains one member of the defeated 2015 crew, with 43 year old Dr Thorsten Jonischkeit. This year’s crew contains a number of successful junior internationals including 2014 junior world champion Janek Schirrmacher.

The 2nd Selected German crew are Renn-Ruder-Gemeinschaft Mulheim. They are currently 2nd in the German Rowing Premier League. They also raced in this event last year losing to Thames in the Quarter Finals. They have 6 of that crew returning. One new addition to the crew is Jakob Schleu who raced in the Princess Elizabeth Challenge Cup with Abingdon School in 2009 and 2010 and then won this event with the Abingdon School Alumni, Griffen, in 2013.

The 6th Selected crew are the Dutch, Roeivereenniging Willem III. This crew could well go very deep in the regatta, it is, to all intents and purposes the Dutch U23 crew. Half of the crew raced at junior level last year winning the JM8 World Championships in Rio.

Switzerland also have another Selected crew, Belvoir Ruderclub Zurich. Not quite as strong as the See-Club crew they are no slouches. 2nd at the Sarnen Regatta they also came 2nd in the Division 3 at the Heineken Cup.

The final Selected crew are the Americans, The University Barge Club from the Schuylkill river in Philadelphia. They raced in this event last year losing on Friday to Sport Imperial. In 2016 they have six of last year’s crew back to do battle again.

Outside of the Selected crews the ones to watch include N.S.R Oslo of Norway. Six of this crew have represented at U23 level.

The Chinese of Fujian Rowing Club are an interesting one to watch, they were silver medallists at the Chinese National Youth Games.

My picks…See-Club of Switzerland could well become the first winners of this event.

Molesey are the defending champions in this event and they have been Selected again this year. They have one member of last year’s successful crew, Chris Rae, back in the boat along with Fraser Russel who is a two-time winner of the Fawley Challenge Cup. So far this season Molesey have a win in the IM1 class at Marlow Regatta.

The favourites for this event are possibly Thames Rowing Club. They were winners of Elite 4- at The Metropolitan Regatta but then had a disappointing performance at Marlow when they switched boat from an Empacher to a Hudson. They are back in their preferred Empacher for Henley and will be disappointed if they don’t reach the weekend at the very least.

Grasshopper Zurich are coached by Thomas Boehme, chief coach of the German Paralympic Rowing team. It’s a boat of former Swiss junior internationals and they are part of a very strong Swiss contingent at this year’s regatta.

Local club, Henley, have also earned Selection thanks to victories in Senior and Elite categories at the Metropolitan Regatta. Included in this crew are Dave Lambourn, winner of the Thames Cup and GB U23 international Francis Highton.

Another local crew to earn Selection are Upper Thames, they finished 4th at the Metropolitan Regatta and the crew includes Jake Davidson who won the Britannia Challenge Cup in 2014.

The Tideway Scullers School have the kudos of having both their entries Selected. The “A” crew came 2nd to Thames in Elite 4’s at the Metropolitan Regatta and the “B” crew finished 3rd.

The final crew that’s been Selected are the New Zealanders from Waikato Rowing Club in Hamilton on the North Island. This crew are the reigning New Zealand Club Champions. Included in this crew is French U23 international Antoine Nougarede who is no stranger to the Henley course having made the final of the Temple Challenge Cup with the University of Lyon in the in 2015.

Outside of the Selected crews watch out for Sport Imperial, winners of Senior 4’s at Marlow. Another crew who could do well are the St Pauls School Alumni racing as Colet Boat Club. This boats contains Harry Gething who won the Princess Elizabeth with St Pauls last year and also Isis oarsman Tom Hilton and Goldie oarsman Piers Kasas. The fourth member of the crew is former US junior international Jason Elefant.

Another crew to mention are the Germans of Dresden. They have three of the crew that reached the quarter finals last year and could well do so again this year. The Chinese of Hunan Rowing Club could well cause the first upset against a Selected crew when they take on the Tideway Scullers School “B” crew. The Chinese were the 2013 LM4- National Champions and are sure to cause the men from Chiswick some difficulty.

My picks…I think the title will be heading down under to the men of Waikato.

Four crews have caught the Stewards eye enough to be Selected. The first of these is the Baltimore Rowing Club of the USA. They were winners of the Schuylkill Navy Regatta and have four highly experienced oarsmen. Joshua Ruck was part of the Yale Lightweight Varsity 8 in 2013, and Robert Hawthorne was a lightweight at Harvard. Alex Del Sordo has experience of racing at Henley having made the final of the Thames Challenge Cup in 2012 with Potomac BC.

The 2nd selected crew are Sport Imperial. This boat has a number of athletes who study at Princeton including James Goble and Fred Vystavel and Cam Kerr. Goble raced for GB at the U23 World Championships last year and Vystavel is a former junior world silver medallist. They raced at Marlow regatta finishing 4th in Elite 4+

3rd of the Selected crews are Thames. They have three returners from the crew that made the final last year losing to Sydney. They’ve had an excellent 2016 and remain unbeaten against domestic club rivals, there only defeat came at Marlow when they lost to the Edinburgh University crew that will be racing in the Prince Albert.

The final Selected crew are Utah rowing Club of the USA. This is the first Utah crew ever to race at Henley. They are a young crew with three 17 year olds and two 19 year olds on board. Henley will mark their first race as a four so perhaps it’s somewhat surprising that the Stewards have Selected them. The draw has them facing The Tideway scullers School in the 1st round which may well mark the end of the American’s Henley. Scullers are one of the strongest non-Selected boats having finished 3rd in Senior 4’s at Marlow.

Another strong un-Selected crew are Agecroft, winners a Wallingford and silver medallists at the Metropolitan Regatta.

The Germans of Bayer Leverkusen may feel aggrieved that they weren’t Selected. They were finalists in this event in 2014 and the crew contains two JM8 World champions, Felix Krane and Fabian Weiler.

Also watch out for Nottingham, winners of Senior 4+ at The Metropolitan Regatta and Henley Rowing Club, winners of IM1 at Marlow.

My picks…Thames to take the win

That’s it for the club events, next up are the Student events.

Posted on April 4, 2016October 23, 2020 by Rebecca Caroe
My Rowing Crew is back with a new Poster of the Month, Presented by Rowperfect UK! The April… read more 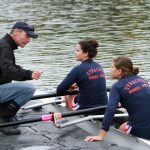 Top 5 Reasons Why Competitive Sport Is Important in Education

Posted on July 31, 2020October 13, 2020 by Veronica
Guest Post Are you still not sure if you should do competitive sports? Actually, such a type of… read more