A case study of Rowperfect use improving erg test scores.

I first contacted Carlos with the intention to improve my erg score by increasing my overall strength. I knew that i needed to develop my body in order to produce an efficient stoke that could correlate over to the water, with some research into the rowperfect rowing machine, i figured Carlos would be the best person to help develop my ability and develop my strength on the rowing machine.

Being apart of a College programme here in the US for the past semester i felt there were some extreme differences in the training and overall vibe compared to my home, New Zealand where i rowed for 3 years at High School. The biggest difference i felt was how easy it is to get lost among everyone else in all the eights and fours- never really getting much attention to help develop skills, and sometimes developing bad skills and habits. In New Zealand crews were more coached in a way that developed the whole crew to row in unison and rowing more cleanly and technically rather than just hammering away anyway possible in eights to get the boat to move. We always focused on efficiency and did a lot of long, low rate sessions to get in thousands of repetitions at a time- rather than constant pieces. Although i have really enjoyed my first semester rowing here in the USA, it has definitely been hard to get used to!

When i first arrived in Lake Samish i knew instantly it would be a great environment to train hard- its quite and peaceful and really easy to simply focus on rowing. Getting straight into training 70 minutes pieces became daily occurrences. Although a little daunting at first i have found the 70 minute pieces and a low rate (15-16) have been great so that i can focus on my power application and really engaging and relaxing the muscles necessary to produce the greatest joules. Getting stuck into 70 minutes pieces everyday has brought back how we trained in NZ with long slow endurance rows that wired our muscles how to row relaxed and efficient while still producing top boat speed.

Whilst trying to become stronger and more powerful on the machine- Carlos has helped me to change some technical aspects of my stroke to produce more power. The way that Carlos can communicate and show parts of the stroke has really helped me to understand and change some of my bad habits. Carlos uses his own experience that he takes from rowing and is able to explain the feeling rather than just describing the movement. Carlos is often erging with us, or watching closely, which helps him to directly correlate the stroke in a way that is simple and sometimes seems so obvious once Carlos has mentioned it! I have been able to make some pretty big changes around my finish, which makes me wonder why noone had explained it to me that way before now!!

The rowperfect is the “perfect” tool for Carlos to be able to express the fluent and connected rowing stroke that can’t be felt or taught the same way on a standard concept 2. The rowperfect ensures the only way to get higher joules per stroke is by have the correct set up and posture needed when rowing on the water, rowing shorter and rating higher will not help in anyway to increase the power where as on a concept 2, its easy to use all sorts of random muscles to get the split down. I have found better engagement of the glutes and being more able to hang off the handle which i was never able to perfect on the concept 2. Whilst engaging my glutes i have developed a stronger core because in order to hold my body up during the drive i have to engage my core a lot more to get the joules than when on the concept.

Recently i did a 30 minute test on the concept at a fixed rate of 22, all out. Without any training on the concept since i have been here, i was able to hold 4 seconds less per 500 than i normally would do for 30 minutes- and that is after only 3 weeks. When i sat on the concept, first of all it felt like a toy.. compared to the dynamic rhythm and skill required to row the rowperfect, however as soon as i began the piece i felt strong and longer than ever before, it was the first time i felt i could dominate the machine rather than it dominating me! My posture was a lot better and i felt strong in my core and glutes because of the way the rowperfect has helped develop the muscles i need to improve my power, whilst also teaching me to do it with correct timing rather than just hacking away at the machine. I can now row more fluently and engage (and relax) the right muscles at the right time.

So far i have really been enjoying being here and feel i am getting stronger everyday. I have learnt a lot of far from Carlos because of the direct feedback he gives and being in the constant pursuit of gaining the feelings of the stroke that he describes. I have made some massive gains in my strength by using the rowperfect because of the excellent connection i can get at the catch and hold right through the stroke compared to being on a concept where it is distorted and impossible to feel.
I am looking forward to making further improvements here at Lake Samish this summer!

The 10 biggest difficulties of rowing

Posted on July 29, 2013October 20, 2020 by Tobi
Why is it DIFFICULT to be GOOD at ROWING? What makes it difficult and complex? You can only… read more

Posted on July 16, 2014October 21, 2020 by Rebecca Caroe
I wasn’t too sure what to expect when I started reading this book but very quickly was captivated. … read more 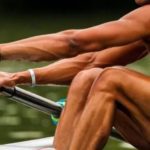 650 Rowing Muscles in your body