Gearoid Towey is writing for the Irish Times

With the Olympics well and truly under way, the hosts are still playing a blinder. Torrential rain for the last two days here has failed to dampen the spirits of both athletes and volunteers alike.

In fact, the presence of heavy rain has pushed the scorching temperatures into the background and yesterday felt like a warm Irish summer day, ideal for those of us who must compete in the outdoors.

Usually I pity those who participate indoors. Aside from the competition, the long hours of training indoors – and I suppose it’s inane predictability – would take its toll on me eventually.

I relish the outdoor life that rowing offers me and feel blessed when I am training in such places as the Alps, where you are greeted with splendid views all the time, combined with crisp, fresh air. At these Olympics, however, I have been envying the indoor sports people as they head off to train in a nice air conditioned venue while we sweat it out on the race course, concerned with how much we are drinking and whether our ice jackets are cool enough etc . . . It still beats complaining about the cold though!

Life has settled in the village somewhat, and everyone is sticking to their own plans. Wimbledon champion Rafael Nadal arrived here the other day and could not move at breakfast due to the amount of people around him asking for autographs and pictures.

I saw him again yesterday morning, completely alone and in peace – probably because those who were annoying him the other day were too busy and focused on their own stuff now that the competition has begun in earnest. I reckon he is one happy camper now!

Our competition started yesterday and it was quite a day. We produced our fastest ever time in a classic lightweight rowing race which was neck-and-neck to the line. We missed out on the direct route to the semi-final by 0.3 of a second. Our time of 5.52min was extremely quick and we would have been delighted any other day.

We have another race to do tomorrow, which will hopefully see us into the semi-final. The extra race, while an inconvenience, is not a disaster and will allow us to practice key areas of the race again before the ultimate test later in the week.

The fast time was encouraging though, and it means we are right there amongst it. China, Germany (who won our race) and Denmark all showed as strong contenders yesterday.

During race time, we try to move around as little as possible. It is very important to stay off the legs as much as you can. Prime entertainment now is reading (The Long Walk by Slavomir Rawicz, a favourite and a life’s must-read in my humble opinion), and watching the other events on TV. There is a live streaming service of all sports into each of the Olympic Village apartments.

Competitions like this are characterised by waiting and trying not to think too much. Your mind will naturally wander onto your impending race and different scenarios can come to light in your brain, none of which you are able to control when sitting at home. Ideas are okay, but unnecessary forecasting on what may or may not happen is a no-no.

But the best thing is to keep your mind occupied with other stuff; light entertainment because when you start your race, thinking too much is not going to get you very far

Give a little to keep a lot. FISA are protecting rowing’s position in the Olympic Games.

Posted on July 3, 2017September 30, 2020 by Tristan
Big changes are taking place in the world rowing with FISA recently voting for gender-equity at the upcoming… read more 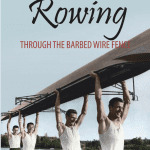 Posted on October 30, 2018October 15, 2020 by Rebecca Caroe
Rima Karaliene is a woman inspired.  Her Father rowed for Lithuania during the Communist times and she has… read more

Watching the Heats for Rowing on BBC Webstream