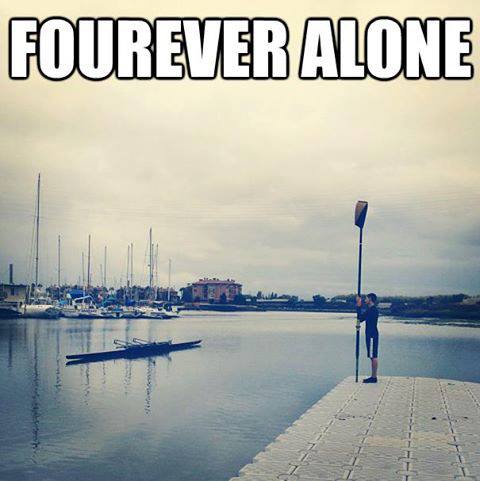 Do You Need To Be Introverted To Be A Top Sculler?

The energy of extraverts is outward, towards people and things. They need a lot of stimulation and often express emotions. They get their motivation from other people.

Their often want to change the world (rather than think about it). Extraverts like variety, action and achievement. They do well at school but may find University more difficult.

Their attitude is often relaxed and confident. They are understandable and accessible. They tend to act first and think later.

At work, they seeks variety and action and like working with other people. They prefer work that has breadth rather than depth.

Introverts may see them as being shallow and pushy.

The energy of introverts is inward toward concepts and ideas. They need little external stimulation – and in fact they can easily be over-stimulated. it is possible that they focus more on their inner worlds because they suffer from sensory overload if they spend too much time outside and focusing on other people. They thus bottle up their own emotions, which can explode if pushed too far.

Rather than trying to change the world, they just want to understand it. They think deeply about things and often do better at University than they did at school.

Their attitude is reserved and questioning and they can seem subtle and impenetrable. They tend to think before they act.
At work they like to work alone and often seek quiet for concentration. They tend to prefer work that has depth rather than breadth.

Extraverts may see them as egocentric and passive.

There is a view that introverts may act as they do because they are more easily overwhelmed by external stimuli, as opposed to extraverts who have a higher basic stimulation threshold and need the more visceral external stimulation to avoid boredom.

Posted on February 3, 2012October 21, 2020 by Spring
To satisfy any enquiries you may have had, Polar transmitters are compatiblewith Rowperfect Polar Receivers. The following Polar chest… read more

The IOC has a problem with rowing at the Olympics

Posted on December 10, 2013October 22, 2020 by Rebecca Caroe
Martin Cross summarises the issues facing rowing as it proposes its own cuts for the Olympic Regatta Programme.… read more