Writer of the guide book Coaching the Coxswain, Chelsea has lived her life for water sport from an early age. She built up her rowing skills and experience at several organisations in Chattanooga and has now become a youth rowing instructor there. This chat will be incredibly helpful to coxswains as well as rowers. Chelsea has expertise in coaching coxswains, enabling them to steer, communicate what they ask to the crew, and race (both head racing and side-by-side). Because of her occupation, she’s also particularly skilled at building young rowers to success.

Global dates and times for the chat 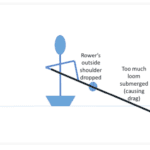 Coaching the catch in rowing

Posted on February 2, 2017October 28, 2020 by Rebecca Caroe
Coaching “The Catch” a guest post by HowardtheCoach If you Google the term “catch” you find “intercept and hold (something… read more 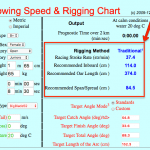 Posted on January 13, 2014October 22, 2020 by Tobi
Sign up to watch live or get the recording afterwards as we interview another expert in rowing –… read more