Just every now and then you get the chance to compare two styles of rowing within the same boat – no, that happens quite often – let me rephrase that.Sometimes you get lucky and someone rowing the way you would like is sitting in the same boat as others who should be rowing the same way.What makes this special is that your crew no longer has to imagine rowing like a remote World Champion (admittedly a useful exercise) but can instead make that much smaller leap towards being like Joe Bloggs, whom they know and who has rowed just as long as they have

All in the same boat

And you, you don’t have the technological challenge of matching up video shots and putting them alongside each other on the screen.

Take a look at this clip of a four training (OK so there are a few world champions in there but watch – one of these rowers is not like the others).

The 3/4 view from behind the boat helps us to see that there is a difference in the crew movement; the view from square-off allows us to follow their hands.

I’m looking at their finishes. See how smoothly the stroke’s hands move round the back compared to those of his crewmates; see how the rest of the crew seems to stop just after they’ve taken the blades out of the water – there’s one smooth continuous movement and three stopping and going.

Even more obliging of their cameraman was to have them do an exercise, in this case rowing square blade as a crew, which made the stroke’s skill more obvious. There he is, still moving his hands round smoothly; there they are, still going clunk!

And once you’ve isolated the difference in movement then you can use the same footage to determine a possible cause: is that difference caused by the difference in leg push (not accelerating the handles in the same way) or could it lie in the way they hold their handles or do they have the same core strength at the finish?

See – getting your crew on video is only the beginning.  Having a picture is one thing, changing the picture – that’s where the fun starts.

Raf offers remote coaching services to rowers, coxswains and coaches.  Get one-on-one time with the coach who has taught athletes from beginners to world champions.   You can get remote coaching via skype call or a series of emails.  If you’re a rower seeking coaching, make sure to get a rowing video of yourself, so Raf can see just how you row. 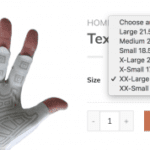 Posted on September 25, 2018October 15, 2020 by Rebecca Caroe
Rowperfect tries to be customer-centric and to listen to what you want (our Trust-Pilot Reviews are testament to… read more

How to use video with your rowing crews – Part 2

Posted on June 21, 2011October 23, 2020 by Raf Wyatt
Raf Wyatt continues her article series on how to use video as a coaching aide for rowing and… read more 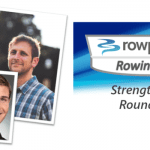