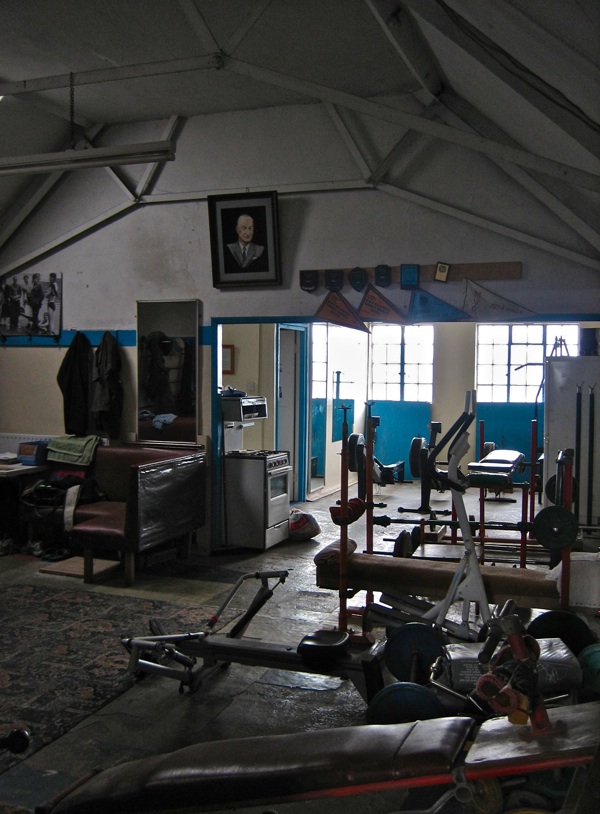 We are supporting one of East London’s oldest rowing clubs by reproducing a lovely article about a little slice of the world that is dying.  Today, the London Olympic Games Organising Committee (LOCOG), who have compulsorily purchased part of the club site, begin construction of a bridge across the club lawn and demolished storage shed to get journalists to the Olympic site.  By doing this they have undermined their ability to remain an active club.

Show your support by visiting the original article and writing a comment. or the RSR thread.

Nestled beside the cut of the River Lee in Hackney Wick is a beautiful rowing club with an atmospheric old club house and a magnificent history, which the 2012 Olympics is threatening to squeeze out of existence. Starting originally in the London Docks in 1885, and then given a home on the River Lee by Eton College, generations of East Enders have learnt to row here, winning a distinguished array of medals and prizes for the Eton Mission Rowing Club.

If you should require an advocate for the benefits of rowing, look no further than club member Henry Allingham who rowed here from 1909-14 and then returned from fighting in the trenches to row again from 1919-22. He came back in 2006, as the oldest man alive, to celebrate his one hundred and thirteenth birthday at the boathouse. And I can understand why, because the boathouse is filled with treasured old wooden boats and the slipway is flanked by buttercup lawns on either side, where blackberries grow over the fence and Moorhens nest at the river bank. The Eton Mission Rowing Club is a kind of paradise, but unfortunately it faces the site of the 2012 Olympics.

After it survived the loss of a generation of rowers depleted by the First World War and its club house was strafed by enemy fire in the Second World War, the club is now facing the autocratic caprices of the Olympic Authority. The bright-eyed Club Secretary Tim Hinchcliff welcomed me graciously when I visited last Sunday, yet an air of imminent apocalypse prevailed. “The way I see it, they’ve decided what’s good for us,” he told me, widening his eyes in disillusion,“We’ve never had any input into the plans.” Along with the other members, he is bracing himself for next Monday, 18th July, when the bulldozers move in to dig up the club’s lawn and demolish a storage shed, in preparation for the building of a bridge for the media to access the Olympic site on the other side of the river.

In spite of the rhetoric of consultation, the club was presented with a fait accomplit by the Olympic Authority in the form of a Compulsory Purchase Order for a significant slice of their property. “The area’s too small now for all the things that we need to do,” confessed Tim in disappointment. The pitiful irony of such destructive action by a body set up to encourage sport is not lost upon the long-term members of the Eton Mission Rowing Club, who have endured an atmosphere of uncertainty since 2005 when the idea was first mooted – discouraging rowing crews who require an assurance of continuity for years ahead. And, while the precise nature of the Olympic plans – whether for a footbridge or a road bridge – have remained frustratingly uncertain, the nadir is set to arrive next year when the river is closed for security reasons and the rowing club will be forced to shut down for the Summer of 2012.

Yet in spite of the dark clouds looming overhead, the members were enjoying the opportunity of taking their boats out on the River Lee last Sunday, as they always have done, and were eager to talk to me about the manifold wonders of their beloved club. As we stood together under the lintel commemorating the building of the clubhouse, “Presented to the Eton Mission Rowing Club by their President Hon Gilbert Johnstone in Memory of his Etonian Wet-Bob Brothers, AD 1934.”, I asked Tim Hinchliff, the benign custodian, why he took up rowing in the first place and he discreetly indicated the caliper on his leg. “It was the only sport that was open to me.” he admitted, with a dignified modest grin.

Two Robert Halls, junior and senior, father and son, were sculling together. Robert senior joined the club in 1952, an upholsterer by trade, he served his apprenticeship round the corner in Hackney Wick at George Henshaw’s factory – “I just walked in and said I wanted to learn a trade.” He brought his son Robert down to be a ‘coxon’ at the age of eight and they went on to row together, reeling off the lists of championships they had won, as they carried their sculls out the the water’s edge. “We know how to win,” confirmed Tim, speaking with professional pride, “We didn’t put out a team that didn’t win.” Hale and hearty with cropped white hair and a wiry physique, thanks to a lifetime’s rowing, “No-one could race us in this country,” asserted Robert senior, sharing a grin with his son. “It’s only if it’s frozen over that it will stop us,” he added as they pulled away from the shore, gliding way across the water with a swish of the oars.

Tim told me the club gets more enquiries for membership from women than men these days, and they would like to provide separate changing facilities by building a narrow extension onto the remaining piece of land between the clubhouse and the new bridge. Unfortunately the compensation is not sufficient to cover this and all requests for assistance have been ignored by the Olympic Authority, even if this is their opportunity to leave the venerable club better, not worse than they found it.

“They have shown no clemency, no kindness, no thought for anyone else’s existence,” said Robert Hall senior, a member of the club for sixty years, his eyes glittering with emotion. I cannot avoid saying that the members of the Eton Mission Rowing Club deserve better from the Olympic Authority than this shabby treatment. Renovating the club house and supporting the club would be a way to ensure the continuity of their beautiful endeavour. It is shameful that fellow sportsmen be exposed to corporate disdain by the Olympic Executives, simply because they happen to be in the way of a master plan conceived without their involvement, when their noble rowing club should be celebrated for providing sporting facilities on an egalitarian basis in East London for over a century.

“Everyone is welcome here,” Tim Hinchliff emphasised to me as we made our goodbyes, ever hopeful and diplomatic, “We get quite a lot of people who are interested in rowing. Once people are here, we can get them rowing in half an hour.”

Posted on August 12, 2008October 23, 2020 by Rebecca Caroe
Xeno Muller reflects on the increase of spectators at Olympic regattas on his Row2k blog The Grand Stands… read more 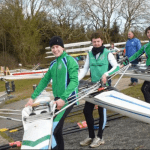 Posted on June 12, 2016October 22, 2020 by Rebecca Caroe
The Final Seat Deciding the final crew for a boat is always a tough job, one that is… read more