Ah the joys of the “off-season” (if there ever is such a thing for rowers). What the winter (or summer if you’re down-under) months bring are ergs…..lots of long, lovely (if you’re deranged that is) ergs.

The last few weeks have seen social media come alight with tales of record breaking scores. The distance of choice it would appear is the 5K.

The bragging and boasting started in New Zealand, with Eric Murray proudly announcing a new world record of 14:56.4. As is common with the Kiwis they were happy to publish the picture of the monitor recording the historic event (Murray went one stage further by also releasing a picture of his lactate reading as well).

Cue much celebrating and congratulations on social media. But…..with an exquisite sense of timing OUBC sent this cheeky tweet;

This was the mythical #stupidfast 5K that Mike DiSanto referred to back in February. Now the question was….”who is this superhero”? The smart money was on Oxford’s President, Stan Louloudis, and indeed the man himself soon confirmed it was.

So, Louloudis’s time of 14:51 was the world record and not Murray’s 14:56….well, no, not exactly. So the question is when is a world record not a world record? To me it’s a bit like the world of boxing where you’ve got the WBA, WBO, WBC etc all awarding world Championship status. In the world of the Concept 2 ergo it’s all dependent on what type of ergo was used….a Static, Dynamic or Slides. Now, I’m no ergo specialist…we only had the one type when I was training competitively (yes, there was I time when I did and I’m pleased if I can break 20 minutes for a 5K now). But for those who don’t know here are the 3 different types:

“If you are accustomed to rowing on the Model D or E, you will notice several differences when you switch to the Dynamic. Most noticeably, your feet do the sliding. The seat is essentially stationary. This helps make the physics and feel of rowing on the Dynamic much more like a lightweight boat. Also, there is less return force in the handle pulling you back up to the catch. This shifts more control of the stroke length and coordination to the user, as is the case in a rowing shell. If you are training at home to row or race on the water, consider the Dynamic.”

basically it’s a static on rollers!

The question then became, well….which is faster the static, dynamic or slides? Opinions differ. Eric Murray reckoned the slides gave up to 2 secs per 500m advantage over the static with the Dynamic being between the static and Slides in terms of speed. When I raised the question on Rec.Sport.Rowing the response was that due to inertial efficiency a Dynamic was estimated to be 5.7% faster than a static with the slides being 3.5% faster….so contradicting the “hands-on” experience of an Olympic and world champion user. So basically no-one really knows which is the faster between Dynamic and slides. But back to the subject of records….the critical point is that Concept 2 (who, after all make the infernal things) say that 5K records are only valid if set using a static or “slides” erg. Therefore Louloudis’ time of 14:51 isn’t an “official” record….clear? (no, me neither).

Murray responded brilliantly to the tweet from Stan, saying he was “looking forward to the sub 5:40 2K”.

So, with the two of them fighting it out on slides v Dynamic, up popped Aussie Josh Dunkley-Smith.

JD-S earlier this year set a stonking sub 5:40 2K and now he also has got his name in the 5K record books by breaking Matt Pinsent’s 15 year old record for the 19-29 age group. He posted a time of 15:10….”hang on a minute” I hear you cry….15:10 is 14 seconds slower than 14:56 so how can it be a world record? Two things….first J D-S’s is an age-group record, but, more importantly it was set on a static erg. So, if we use Murray’s maths of a static being 2 secs per 500m slower than slides that means that J D-S would have been 20 seconds quicker than his static time….this is making my brain ache!

Anyway….not to be left out, the Kiwi women have also been banging out impressive 5K’s as well. First it was world champion Julia Edward who posted a new LW record of 18:15.2 (on a static I think) and then Emma Twigg sent a big message to both the Kiwi selectors and her international competition by breaking Anna Watkins’ 2012 record with a 16:55.

Finally the kids have been getting in on the fun as well, with Abingdon School’s Tom Digby setting a new U19 best of 15:54.9. Digby is one of the rising stars of British junior rowing and was one of the bright sparks in an otherwise disappointing season for Abingdon.

I just hope that Digby’s future lies within the British higher education system and that he’s not wooed away to study in the US like so many of the top GB talent in the past few years (not that I would begrudge Digby the chance of a fantastic education and access to a great rowing program in the US, I just think it’s potentially detrimental to the international team – no US educated athlete has yet made the transition to the senior team whereas the like of Beaumont, Groom & Copus – all educated in the UK, have….but that’s a topic I should cover in another blog!)

Anyway, back to the subject of this blog…ergs…there’s been some good banter between Mahe Drysdale and Eric Murray which is always fun to see.

A little birdie told me, that a big cat just ‘ate a 5km for breakfast’ on the @concept2 @twigge

@kiwipair @concept2 @twigge not sure that’s your news to share! Put an erg on the water and it sinks! Come show your prowess @BillyWebb2012

@kiwipair @concept2 @twigge @BillyWebb2012 everyone’s invited there is an entry form in the gym if you or Bondy are keen!

But, at the end of the day what you do on the erg doesn’t really matter (unless you’re trying to get recruited to a US College it seems)…..as Mahe says “put an erg on the water and it sinks!”

Posted on August 21, 2015October 1, 2020 by Blake Gourley
There is no exercise that replicates the catch position of the stroke more so than the deadlift. There… read more 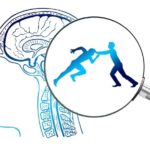 Posted on July 21, 2015October 21, 2020 by oxperform.com
A former colleague of mine once said: “The craft of sport psychology is about determining which skills and… read more