This is a new blog series for Rowperfect from two brave souls – Tom and Chris – who will be competing in the Woodvale Challenge Trans Atlantic race in December.   The adventurous pair will be rowing 2500 nautical miles over 3 months, from the Canary Islands to Antigua, one of the most challenging rowing competitions in existence.   We’ve sponsored them with our MK-1 Oarlocks, so check the site monthly to see how Tom and Chris are getting on.

This has been another busy month for the Oar Raisers with lots of fundraising and even some Bumps Racing.

Our boat has now been taken up to Whitehaven in Cumbria to be fitted out with our new electronics and water systems.  When we have the boat back I will re-fit the Oarlocks.  I took them off before we dropped off the boat so I could use them in the sweep boat I row in.  I row in a Mens 8 for Cambridge City Boat Club.  I was racing May City Bumps Races and I used my bow side gate on the last two days.  Again I got a couple of friends on stroke to test out the stroke side gates.  I found it a lot easier to control the blade than some of my crew members.  Because of the nature of the race the water is extremely choppy and the water can slap the blades from square to feathered in an instant.  With the gate I found I did not have this problem to the extent I would have with a standard gate.  I had a much smoother feather and square in and out of the water.

I’m astounded as to how little knowledge there is of this product.  Even while living in such a massive rowing community like Cambridge I have not seen anything like this.  Anyone who has these gates will have a massive advantage over their competition!

Posted on February 1, 2014October 22, 2020 by Rebecca Caroe
Each month subscribers to the Rowperfect newsletter are included in a free prize draw to win one of… read more 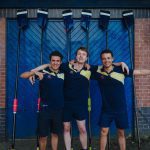 Posted on September 25, 2018October 15, 2020 by Rebecca Caroe
We are a team of rowers who are in our final year of preparations to row across the… read more 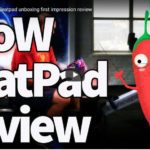