We are almost there. Coastal Rowing will be Olympic soon. World Rowing will send a proposal to the Olympic Committee soon, to substitute the light weight rowing disciplines with 3 Coastal Rowing races. On Oct 20th. 2020 Fisa held their World Rowing Virtual Congress. The agenda was full of topics and all proposed changes of statutes, rules, related bye-laws and event regulations got approved. 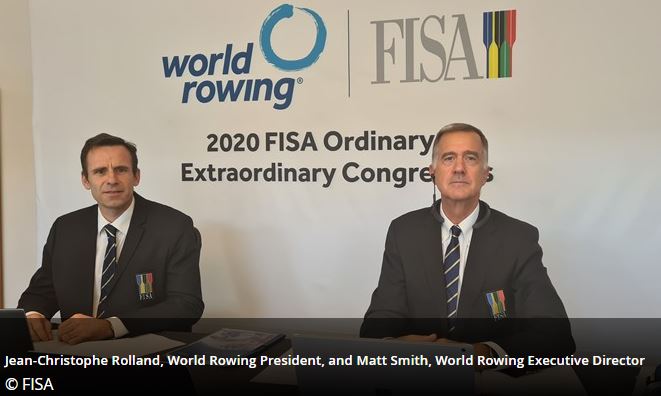 “In addition, the Congress voted to approve the Council’s proposal for the Paris 2024 Olympic Games rowing programme which will be presented to the International Olympic Committee’s Executive Board for its decision in December. The new programme proposes to include three coastal rowing events – mixed double sculls, men’s and women’s single (solo) – to replace the two lightweight double sculls events currently on the rowing programme”

FISA will be World Rowing:

After 25 years of use, “World Rowing” will now replace “FISA” as the unique name of the rowing federation. The objective is for all operations, communications, management and governance to be brought under one strong brand name: World Rowing. No more french description. This is in line with recent changes as World Sailing, World Rugby See also: The Times

The 2020 World Rowing Ordinary Congress on 16 October 2020 resulted in the following decisions: