Dear customers, from 31st July to 8th August we won't be able to process orders as fast as we usually do, there may be delays and longer response times. We apologize for the inconvenience and thank you for your patience. Kind regards The Rowperfect Team Dismiss 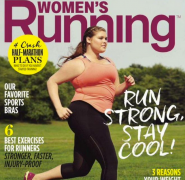 How dumb are these journalists?

Rowing is the perfect sport for the over-weight

Because your body mass is supported by the boat, it enables everyone to move at the ‘same speed’ so the less fit or more overweight perceive they are keeping up with everyone else.

Psychologically that has to make rowing an easier sport to stick with than running whee it’s obvious if you are slow.  In an eight or four, you’re part of the crew.

As the CRI boat club in the US has proven – if you build a crew program for overweight kids – they will row and get fitter.

That’s why we don’t need to write a book “The Fat Girl’s Guide to Rowing”, it’s just not needed.

The paradox of the quick catch in rowing

Drills for balance in crew sculling

6 thoughts on “Can fat women row?”