Chris Dodd has written a beautiful article on Hear the Boat Sing about Beryl Crockford Cast in Coin.

I quote some extracts

British Rowing will add a new medal to its portfolio of awards in February 2018. The Beryl Crockford Medal is the inspired idea of Beryl’s husband Duncan while coming to terms with her tragic death in a cycling accident.

Beryl was nothing if not inspirational, whether as a competitor, a coach, a teacher, a mother, a partner, a human being or someone to be around, and the idea of the annual medal – and two others designed for the schools that she took to the top of the rowing game – is to be a legacy as well as a memorial. 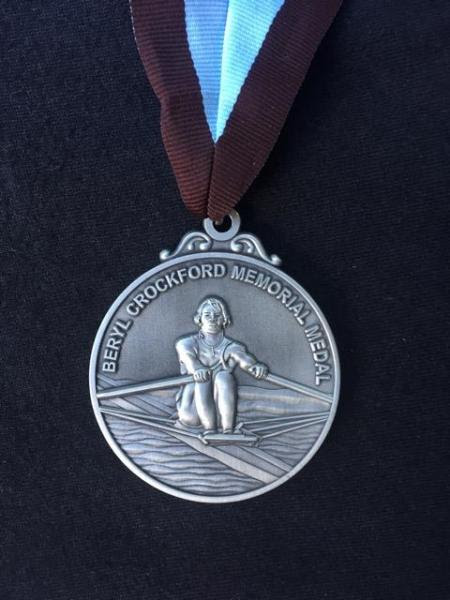 The first girl to receive the Beryl Crockford Medal at Lady Eleanor Holles was Hasna Virk. The first boy from Sydney High School for Boys to receive the Beryl Crockford Medal, which is ‘Awarded to a rower from Years 8-12 who possesses the ideal qualities required to be a champion rower’, at Sydney High School was Thomas Schanzer.

Beryl’s Qualities in a Medal

The British Rowing medal has five words describing the qualities that Beryl lived by and valued in her athletes on its backside: Imagine, Inspire, Educate, Collaborate, Innovate. The medals for Sydney High and Lady Eleanor Holles invoke Imagination, Commitment, Initiative, Empathy and Humility. 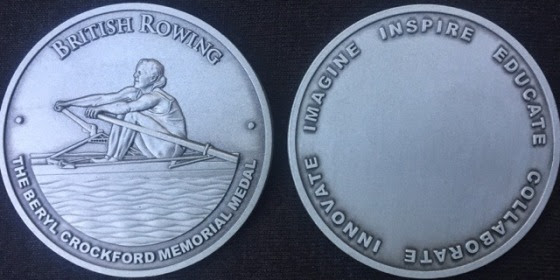 Read the full article to learn, in his own words, Duncan’s description of Beryl’s qualities that inspired the wording on the British Rowing medals:

Posted on January 28, 2016October 23, 2020 by James Halpin
Young rower Victoria Watts has been fortunate to score a sponsor in the form of Kew based international… read more

How to row faster with just 30 minutes training

Posted on October 23, 2018October 6, 2020 by Rebecca Caroe
Ways to enjoy Henley if you’re not there in person. Follow the Facebook crowd.  The HRR page is… read more