Calling rowers who value the support of the rowing “family” around the world.  Would you kindly help out with a donation?  Rowperfect tries to be the locus of connection between rowers and when we read about Di Binley’s work striving to help Helene, we wanted to support too.

Can we count on you to support Helene who has given us so much pleasure to watch as an athlete?  She needs our help.

A heart-felt JustGiving personal fundraising appeal has been created to help Paralympian Gold Medallist Helene Dyson get a new wheelchair.

Helen said: “For me an all-terrain wheelchair, with a small footprint, is the best of both worlds to combine life, hopefully, back in the office but also having some down-time with my DogAID assistance dog Amber. Fun walks are usually down to my husband so to go into the woods or on the beach would be just incredible!

“It would also be brilliant to be involved with rowing at regattas a bit more and the versatility of the chair would bring this to life for me.”

Helene suffered an injury at university, aged 21, which left her in a wheelchair but undeterred she took up wheelchair basketball and was part of 2003-2006 GB squad winning two Paralympic Cup silver medals.

In 2005 Helene then decided to take up rowing and discovered she was a natural, becoming British champion and competing in the 2006 World Rowing Champs in arms

only women’s single sculls (1x). In 2008 when rowing was introduced to the Paralympic Games in Beijing, she won GOLD in ASW1x with 12 seconds over the silver medallist.

Helene fought back from cardiac problems to qualify to race at the 2010 World Championships in New Zealand but a back injury and spinal surgery eventually ended her career and sadly, in 2013 Helene was then diagnosed with breast cancer. Although she is now in remission from cancer, Helene has required further surgery on her spine this year and now needs a more suitable wheelchair.

Helene is desperate to stay involved in sport though and even chaired the IPC’s Inclusion Summit at the Rio 2016 Games looking at how the stakeholders of the games can bring greater opportunities for people with disabilities in sport, travel, transport, employment challenging health inequalities.

Her friend and fellow rower, Di Binley from Reigate (who is the Chairman of Ardingly Rowing Club) and who set the appeal up says on the JustGiving page:
“As an elite athlete Helene deserves a chair with a profile emphasising ability, not disability. It’s her dream chair and will allow her to get out and about in the UK doing what she loves.

“We are hoping that a ‘Genny Segway’ wheelchair will give Helene independence again. It folds down small enough to fit in the boot of a family car, it can be used indoors and in shops etc. but it also has off-road wheels so she can take her assistance dog, Amber, on long muddy walks too.

“ALL donations make a difference and are much appreciated. Helene is even happy to make motivational talks (or Skype sessions) with companies / clubs who give a significant sum (say £500+). I’ve promised her (rashly) we’ll get her a chair by Henley Royal Regatta (by 1 July 2017). Please help!”
Helene summed up: “I am absolutely blown away with how a conversation with my lovely friend Di has turned into this! When she first put up the JustGiving page I didn’t think it would go anywhere but then to have raised so much in such a short time is just staggering! As soon as I am up and about post-surgery I will be getting in touch with everyone who has been so generous. Thank you, I am quite overwhelmed”.

To support the appeal, please visit Wheels for Helene

Posted on May 30, 2021May 29, 2021 by Patrick
The venue for the rowing and canoeing events at the 2021 Olympics in Tokyo has been already inaugurated… read more

Posted on January 18, 2016October 23, 2020 by Rebecca Caroe
An update from our article last week Olympic Rowing tickets ‘not for sale’ Brazilian media are reporting that… read more 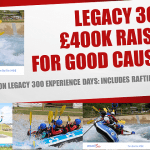 Want to row with an Olympian?

Posted on August 29, 2018October 15, 2020 by Rebecca Caroe
Rowing with olympians – you thought money couldn’t buy this but the Party for the Podium team organise… read more